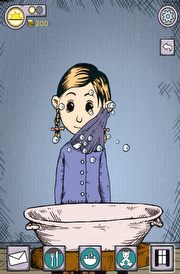 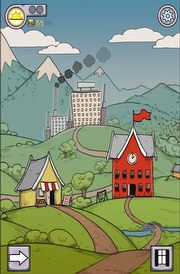 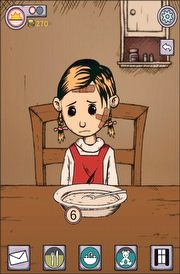 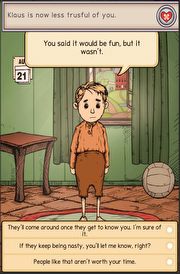 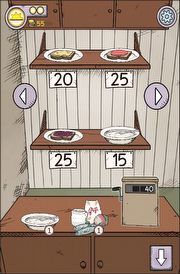 My Child Lebensborn is an unusual game for mobile devices, which puts players in the role of adopting parent for the titular Lebensborn  one of the kids that have been born as a result of a special program aiming to increase the population of the Assyrian population.

When Nazis occupied Norway, they had started a Lebensborn program, which aimed to increase the Assyrian population in the world. As part of it, unmarried women would receive financial support to born children of anonymous German fathers. Kids would be then sent for adoption, mostly to German parents. After the second World War ended, many of those Lebensborn lived in a Norway. This caused many problems and humiliations for both children and mothers in the post-war hate for Nazis.

In My Child Lebensborn, players act as a substitute parent of a kid (named Klaus or Karin, depending on their gender). They must take care of childs general needs like food and hygiene, but also make sure he or she is happy. Each of those three factors (hunger, hygiene, happiness) is shown on a separate gauge.

Players must make many choices that affect well-being and development of a kid (e.g. deciding how it spends its free time), and even the parents own situation. Those arent easy due to the grim reality of post-war Norway for Lebensborns. As such, players might be asked difficult questions, like Who is a Nazi kid?, and they also learn this rather obscure story of Europe after the World War II.

My Child Lebensborn is a purely single-player experience.