Games similar to Planet of Heroes 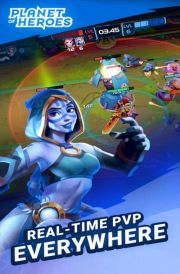 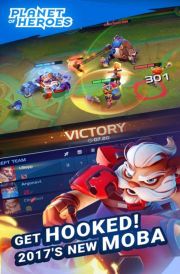 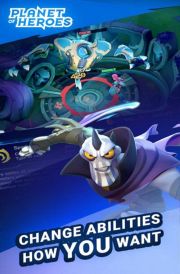 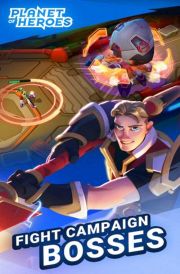 Planet of Heroes is a MOBA developed by the independent team at Fast Forward Studios. The title was released by My.com and distributed in a free-to-play with microtransactions.

Planet of Heroes takes the player on a journey to a galaxy whose fate is uncertain - a deadly threat to its inhabitants is the Star Devourer, an ancient force freed from a black hole prison. It didn't take much time before subsequent planetary systems started to collapse without warning. The Galactic Government has decided to awaken the so-called Forerunners, an ancient civilization that has managed to overcome the danger eons ago. Before they did their job again, they established the Order of Heroes, with the help of which they pushed the Devourer into the abyss under the surface of one of the planets. A prerequisite for the success of the galaxy's peace ritual for the next millennia, however, is the creation of a new black hole. The Heroes are therefore forced to fight to death and life, in order to maintain the Temporary Prison of the Devourer until then using their primal emotions: anger, the desire to return home, the will to live, and the joy of victory.

A game of Planet of Heroes begins with the selection of a hero. We have at our disposal a number of potential protagonists differentiated not only in terms of appearance but also arsenal and special skills. The competition takes place in seven-minute long matches, during which we compete with players from all over the world. As we succeed, we get access to more than 200 special runes, which enable us to unlock new abilities. The latter, in turn, determine the character's specialization - nothing stands in the way of leading to battle of a hero who attracts the attention of enemies, an assassin who attacks from surprise, or even a hero who specializes in assisting his companions through healing and defensive actions. The progression of characters also takes place through the collection of increasingly powerful weaponry - an extensive crafting system also enables us to make new items.

Planet of Heroes offers a variety of gameplay variants. The first one is the standard PvP, where we face other players in 1v1 or 3v3 battles. Players unfamiliar with the rules can test their skills in the Practice mode, where they will test individual heroes before starting the game. In addition, the players have the opportunity to set up their own clans and guilds or join existing ones.

Despite the fact that the serious competition is taking place on the Internet, nothing stands in the way to compete against heroes controlled by the AI (although their activity reflects the behavioral patterns of other players). The specially prepared PvE campaign consists of missions diversified in terms of opponents, game variants and objectives to be achieved. Tasks can be based on dungeon exploration (Dungeon), repelling waves of enemies (Arena), defending bases against enemy attacks (Base Defense), and finally on classic clashes with computer opponents (MOBA).

A characteristic feature of Planet of Heroes are the three-dimensional visuals, maintained in a colorful, cartoonish style reminiscent of Pixar animations. The whole thing is complemented by an energetic soundtrack.