Risen 3: Titan Lords for PC, PS4 and etc. is the third edition of the popular series of CRPG-s. The game has developed a German studio Piranha Bytes, a team responsible for the previous two parts and three parts maintained in a similar spirit, the Gothic series.

The action is set in a fantasy, full of magic land, which is a model of the European Middle Ages, but it was also inspired by the tropical regions and the Mediterranean culture (in the game appears traditional magic known from the first part of the series and the voodoo pirate theme known from the second part). The player portrays a new hero - a son of Steelbeard Captain and his brother Patty  the characters known from the previous versions. However, at the beginning of the campaign, the soul of Patty was devoured by the Lord of Shadows. While playing, the players can increase the humanity of characters or push them into a demonic path. What is more, during the game, the players visit both the world of the living and the kingdom of the dead and the participant can use Astral vision, which can highlight the essential elements of the environment.

Risen 3: Titan Lords for PC, PS4 and etc. follows the paths delineated by the previous parts. The players observe the action from the camera placed behind the back of character. The characters activities are exploring the world, completing tasks, developing a character and fighting monsters using arcade combat system. In the comparison with the second part of the series, there is the possibility of blocking monsters punches and during the clashes, the team members can help us. The combat mechanics are based on several types of moves and simple combos system. The game also implements the function of the smooth change of opponents during clashes, dodging and so called finishers. In the game, the players can use guns, crossbows, throwing daggers as well as numerous combat spells such as fireballs, hurling lightning, sucking energy, or short distances teleporting.

The game world consists of nine islands and coasts of the continents; between them, the player can move freely using ships. Most of the locations have an open structure and can be explored  the players have the opportunity to climb in designated areas and swimming  the places which seems to be inaccessible can be reached when the character will be changed into a parrot. The travels do not require any loading screens, but they are present during ship travelling and teleportation. The areas available in the game are inhabited by six fractions; the player can join three of them (the Demon Hunter, the Guardians, and the Voodoo Pirates). When the character becomes a member of the fraction can do exclusive tasks, gets promotion in the hierarchy, gets better equipment and gains access to more advanced skills.

The character development is based on the accumulation of points of Glory, which the player gets for every action in the game. The glory Points are used as currency, the players pay for raising rates in eight major categories (hand-to-hand fight, distance fight, cunning, influence, agility, strength, magic and spirit). After reaching the appropriate value, the players can buy special abilities from trainers to make the further gameplay easier.

In the Risen 3 like in the previous Piranha Bytes games, the player is allowed to interact with the environment. In the world of game are placed bonfires, workshops, forges, or altars, which can be used. Activities such as opening locks, forging weapons, distilling alcohol or meat roasts are held in separate windows. The innovations in the series are clashes with sea monsters and fight on ships decks.

The game was developed using the engine which was used during the creation of the previous versions of the game.

The unofficial guide to Risen 3: Titan Lords is a complete walkthrough to another installment of Piranha Bytes&#8217; Risen. 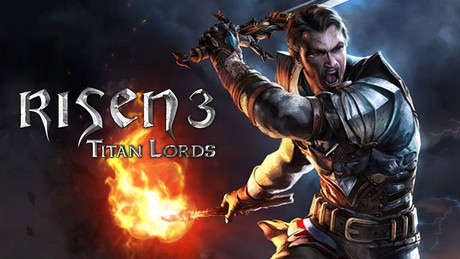 In the Risen 3 Piranha Bytes studio combined solutions known from the Gothic series, enriching them with elements introduced in Risen 2. The final effect turned out pretty well for the fans of this German series.

PC version of Risen 3: Titan Lords just got a free update, enhancing the games graphics. This, however, is available only for users of 64-bit operating systems.