Samorost 3 is a light-hearted adventure game and a third installment in the series, which debuted in 2003 as a free browser game Samorost. Like its predecessors, this game too was developed by Czech studio - Amanita Design, who also cerated such titles as Machinarium and Botanicula. Samorost 3 is also the first game in the series that appeared not only on PC, but also on mobile devices.

In contrast to its predecessors which were very short and simple productions, the newest installment in the Samorost series is a full-fledged adventure game offering several hours of gameplay and professional design. Players again play as the same little space gnome whom we know from Samorost and Samorost 2. Although the protagonist does not speak, he can communicate with others by gestures and strange sounds. It is still easy to understand his intentions, though. Samorost 3 is a typical adventure game with point-and-click interface. This means that the gameplay relies on careful exploration of locations and solving inventive logic puzzles.

Samorost 3 for PC, AND and iOS stands out with great audio-visuals. With its previous games, Amanita Design have proved their craftsmanship  their new title is not a letdown. All locations were designed by means of an unusual but charming method that combines hand-drawn elements with heavily processed photographs. Another attraction is an ear-catching music, composed by Tomas Dvorak, that greatly enhances the games magical atmosphere.

This unofficial guide is a complete walkthrough for Samorost 3, the third installment of the adventure series of the Czech-based Amanita Design. 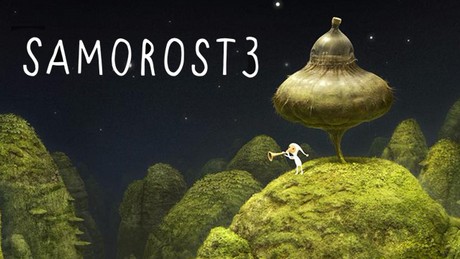 Samorost 3 Review: A fairy-tale journey through images and sounds

The Czechs at Amanita Design have invited us on a journey through fantastical worlds. This fascinating experience will be a source of delight to those who value aesthetics and attention to detail above all else.

Samorost 3 is the next project of Amanita Design, the developers of Machinima and Botanicula. This new, beautifully looking point-and-click adventure game is coming out on Steam in Q1 2016.