Satellite Reign is a cyberpunk real-time strategy game for PC in which we command four agents who operate in a vast, open city. The production, powered by the Unity engine, was developed by 5 Lives, a studio founded by, among others, Mike Diskett, one of the creators of Syndicate Wars and some other titles by the legendary Bullfrog. Satellite Reign is a true spiritual successor and a modern remake of 1993s Syndicate, while the skillfully crafted cyberpunk game world references classic examples of the genre, such as The Matrix and Blade Runner, in many aspects.

Satellite Reign is set in a distant future in which the world is ruled by rich international corporations. The life and career of every human being revolves around them. In this reality, the poor live in the slums that are located at the bottom of megacities, while the rich reside in the upper areas. The brutal police and private armies keep order and make sure that power is held invariably by the same people. However, a time for change has come  in the poor district of the cities, a mysterious organization appeared. Its goal is to turn everything upside down and strike at the heart of the most powerful corporation.

The title is a real-time strategy game in which we command a unit with the aforementioned organization which functions within a grand, futuristic metropolis. The developers encourage players to experiments and avoid the typical division into straightforward missions. Instead of completing predetermined objectives, we can decide ourselves what to do and how to perform jobs. The game lets us, among other things, rob banks, bribe other characters, hack various facilities, and kidnap scientists. These things are possible thanks to the city behavior simulation which also has the police and the citizens react to all our actions.

Fighting the police and corporate mercenaries is at the core of Satellite Reign. Every member of our units is described by the character class and special abilities which we develop with time  this unlocks access to many tactics that range from direct combat to silent kills and stealthy infiltration. Another important thing is the fact that we acquire better, more advanced equipment in the course of the game. Whats more, the player can develop technology and manufacture new kinds of weapons, gadgets, and implants that enhance our characters capabilities. 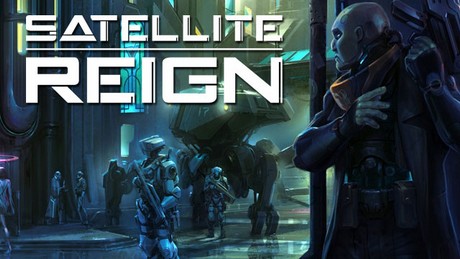 The only reasonable explanation for Satellite Reign to be called as it is, are the copyright issues. This tactical cyberpunk game, funded via Kickstarter, is basically a new version of the 1993 game  Syndicate.

Funded on Kickstarter two years ago, Satellite Reign will make its debut on PC on August 28th this year, according to 5 Lives Studios. The game, called the spiritual successor to Syndicate Wars, is a cyberpunk RTS.