No Truce with the Furies is an isometric RPG game released on PC. The title is focused mostly on its narrative aspect. It is the first game developed by Estonian studio Fortress Occident.

The game takes place in an old seaside city Revachol located in fictional world that combines the traits of modern times with fantasy features and retro-futuristic technologies. The player assumes the role of a miserable law enforcer who is a bad policeman and even worse human being. He receives an opportunity to work on a case that can either take drag him all the way to the bottom or give him a shot at redemption.

In No Truce with the Furies for PC the player performs actions that are typical for classic role-playing games  he explores, speaks to various characters, completes quests and fights. However, all these activities were realized in an unusual way. The game developers intended to make the player feel as if he was a protagonist of a good novel. While traveling through the world, the protagonist is surrounded by a circle of symbols that present information obtained from various senses. Their location can for example indicate a source of a sound to the player, a smell, or an inspiration. After clicking an icon the player is given a more detailed description. The knowledge obtained from these descriptions has key role in solving challenges and discovering the secrets of the storyline. Protagonists thoughts were treated in a similar manner and checking them can open alternative options further in the game.

No Truce with the Furies also contains an advanced dialogue system similar to a logic game. The player can use it to participate in a verbal disagreement, manipulate other people, and deduce things that werent conspicuously stated in the conversation. All of it is based on decisions made by the player and on character statistics.

The battles were created in a form similar to the dialogues. The player must select text descriptions of actions and try to create something similar to a fight scene from a good novel. At the same time, the system in the background works like in traditional role-playing games and it checks players character skills.

No Truce with the Furies for PC uses isometric perspective and offers attractive graphics. Nice vistas are powered by a technology which the authors named paintshading. It makes the pre-rendered backgrounds and three-dimensional characters look like an animated oil painting. 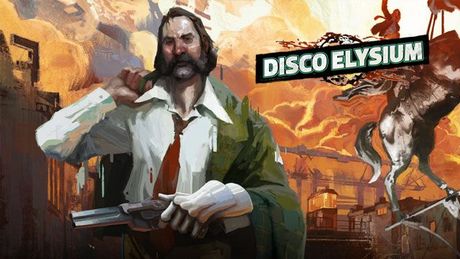 [Review updated] A depraved cop investigates a degenerate industrial world, where racism is ubiquitous, the specter of communism fuels class struggles, and the good and evil are meaningless constructs. Disco Elysium, this year's most ambitious RPG

Developers of the unique isometric detective RPG Disco Elysium presented the official release date of the title on PC. The game will debut on Steam and GOG.com in mid-October.

ZA/UM Studio, responsible for the upcoming isometric RPG Disco Elysium, shared some numbers to show how ambitious the title is. Thanks to this, we learned the length of the game, the complexity of the quests and the number of written words or... of psychoactive substances appearing in the game. It is said that we will have to finish the adventure at least three times to see most of the content.

Disco Elysium Coming to PS4 and Xbox One in 2020

Disco Elysium will hit PlayStation 4 and Xbox One next year. That's the information shared by the game's project manager, Robert Kurvitz. Unfortunately, we do not know the game's exact release date on consoles.

Disco Elysium and Postal 4 Among Biggest Steam Launches of October

We've got a list of the top 20 Steam launches of October. Among them were such titles as Destiny 2, Disco Elysium or Postal 4: No Regerts.