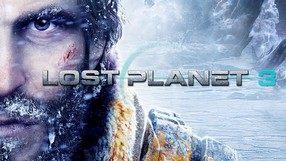 The third installment in the science fiction action game series. Contrary to its predecessors developed by Capcom, Lost Planet 3 was created by Spark Unlimited (Call of Duty: Finest Hour, Turning Point: Fall of Liberty, and others). The story presents the events preceding those of Lost Planet: Extreme Condition. The protagonist is a civil pilot who takes part in the colonization of Eden III. It quickly turns out that the icy planet is inhabited by Akrides, a race of deadly monsters with thermal energy running through their veins. The developers decided to somewhat slow down the gameplay and introduce such elements as a cover system and the ability to control powerful robots. The game is powered by the efficient Unreal Engine 3.

A shotgun in which the action is shown from the perspective of a third person. The game takes place in the same world as the Lost Planet series, although at the same time the authors have offered a more cartoon-like and humorous approach to the subject. The game is mainly about murdering enemies, although there are also simple elements of operational base management.

Lost Planet: Colonies is a special edition of Lost Planet: Extreme Condition. It is an action game with a third person perspective. Like the original, it was prepared by Capcom studio, creators of such series as Devil May Cry, Onimusha and Resident Evil.