The third installment in a very popular series of mobile logic games, created by Finnish studio Fireproof Games. Both in terms of the story and the gameplay mechanics The Room Three is a successor of the first two parts of the series. At the same time gameplay was significantly expanded. Each chapter offers a sequence of puzzles scattered across adjacent rooms, where you proceed as you successfully overcome in-game obstacles. This makes The Room Three somewhat similar to classic logic adventure games, like the cult Myst. Interactions with individual pieces of puzzles are once again based on functionality of the touch screen, however, some new options were introduced when it comes to controls. The Room Three also offers a very useful hint system. What remained unchanged are: the games unique atmosphere and impressive, at least for a mobile game, graphics.

The sequel to the unusual logic game developed by Fireproof Games in 2012. In The Room Two the player returns to the titular room, or rather rooms  as this time there are more of them - each of which features a slightly different style. Following the advice of a mysterious scientist the player solves riddles hidden in each new room. The path to the main riddle isnt easy and requires solving various smaller problems, such as finding a key, activating a mechanism or reading an encrypted message. In comparison to the original game, the riddles in the second installment arent limited only to a single scenery, but to the whole room in which a level takes place. Completing various actions frequently creates a reaction in a different part of the room. The characteristic traits of the first installment, like mysterious atmosphere, suggestive graphics and sounds, as well as the unique controls that simulate actual hand movements, are also present in the sequel. 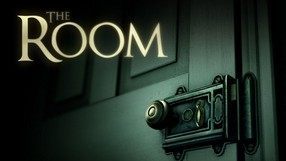 The Room is a novel production combining elements of HOPA and logic game genre. The game is a remake of a critically-acclaimed mobile title, and was developed by an independent studio, Fireproof Games. The action of The Room takes place in the eponymous space, in which an extraordinarily complicated safe hides many secrets. The task is to get into the safe by solving a set of logic puzzles. The mechanics boil down to manipulating the elements of the lock, and fitting a key to slots that match it, as well as searching the room for hidden items. Some of the elements of the puzzles cant be seen with bare eye  they can only be spotted when looking through a special lens. The authors managed to retain the dark atmosphere of the original; compared with the mobile version, the changes mainly concern the graphics.