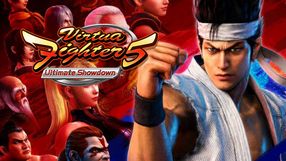 Virtua Fighter 5 is the next installment of a series of virtual combat games initiated in 1993 by the Far East corporation Sega. In line with tradition, this item first appeared in a version designed for arcade slot machines, and then hit the home entertainment platform.

Virtua Fighter 2 is the second part of the 3D skillful fighting cycle developed by Sega. The player directs the actions of one of the 10 martial arts masters, participating in spectacular duels played in different sceneries. The creators of the game have prepared as many as 1200 combinations of blows, which can be brought out by the heroes, including many unique ones, assigned to specific characters.

One of the first battles constructed in full three-dimensional. The game was initially released on slot machines. Later it was converted into the Saturn segment, where it was in direct competition with the simultaneously published "Tekken" (PlayStation). PC owners received their conversion at the latest.