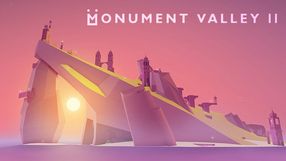 The second entry in the popular series of puzzle games developed by an independent studio ustwo. The title features a completely new plot, in which the player learns about the fate of a mother who travels with her child through a fantasy world. The gameplay mechanics are based on the ones employed in the first entry in the series – the player is tasked with guiding both characters from one place to another, frequently by manipulating the environment, playing with perspective or by creating optical illusions. It is worth mentioning that the presence of two characters makes solving riddles in Monument Valley 2 slightly different than previously. Despite that, the users that played the previous game should feel familiar in the new entry. The title features high-quality graphics inspired by the works of M.C. Escher.