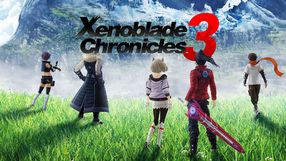 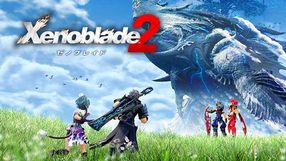 Xenoblade Chronicles 2 is the third entry in the Xenoblade series. The previous entries were Xenoblade Chronicles for Wii and Xenoblade Chronicles X for Wii U. The new entry isn’t directly related to its predecessors, but similarly to Final Fantasy series it shares some common elements with them, including enemies, available items, attacks and character skills. During the adventure the player assumes the role of a boy named Rex. Together with his friend Pyra he starts an epic journey in search for the mythical Elysium - humanity’s last hope for survival. In order to reach it, the two and their companions met during the adventure must travel through a vast fantasy world created on the back of monstrous titans.

A sequel to the well-received science fiction jRPG developed by Monolith Software in 2010. Xenoblade Chronicles X tells a completely different story than its predecessor that was released on Wii. The action of the game starts in 2054. The Earth is almost completely destroyed because of the war of two alien species and the humanity is forced to look for a new home. White Whale, an American space shuttle, crashes on planet Mira and the crew of the ship creates a city called New Los Angeles on the surface. The player assumes the role of one of the survivors who is accepted to an organization that explores the planet. The gameplay mechanics combine features of the previous entry in the series with traits of Monster Hunter series. During the game the player is exploring areas of the planet, completing various tasks and he fights the monsters that inhabit the planet.

A 3DS port of Tetsuya Takahashi's jRPG, which was originally released in 2010 for Nintendo Wii. The story is set in dualistic world made of two bodies of gods who fought each other and died in the battle. While one is inhabited by humans, the other is dominated by hostile mechanical beings. The story focuses on a young orphan called Shulk, who, along with his team, is trying to prepare humanity for the incoming enemy. The hand-held port does not bring any changes to the gameplay mechanics of the game. As the developers aspired to deliver the essence of the original game intact, the port is incompatible with other Nintendo hand-helds and works exclusively on New 3DS. 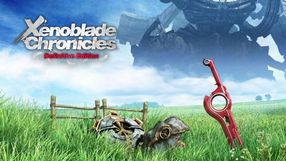 A jRPG developed by Monolith Software, studio led by Tetsuya Takahashi. The game is an attempt to restore the high position of the genre established first by the best installments in the Final Fantasy series. The story is set in an original universe built from the bodies of two gods that once fought and eventually killed each other. While one of those bodies is inhabited by humans, the other one is populated by mechanical being preparing to launch an attack on the other party. The player is put in the shoes of Shulk, an 18-year-old orphan, whose home at Colony 9 is attacked by the machines. The game focuses on exploration, featuring vast locations as well as various enemies dealt with using a real-time combat system that offers a wide array of special attacks. One of the game's hallmarks is the attachment meter that indicates the status of relationships among the team members. This element was inspired by the first installment in the Dragon Age series.