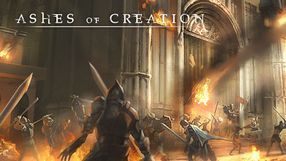 An MMORPG title set in a fantasy world developed by Interpid Studios, which was established by veteran developers. Ashes of Creation takes us to a fantasy land which experienced a cataclysm a long time ago. Now there are only remains of the civilization, and when the members of sentient species regained rule over the land, they also woke up an old threat. We create our own hero choosing one of eight races with different specializations. Gameplay isnt much different from what we can see in other games from the genre, though we can get our own land to build a house and take one of the many available jobs. One noteworthy feature is a vast and varied world, which is shaped by players actions alongside plot.

Ashes of Creation: Apocalypse is a free, standalone Battle Royale mode for Ashes of Creation MMORPG. During the game, players fight against each other in the arenas set in the fantastic land of Verra.