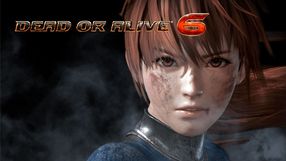 A spin-off of the series of fighting games developed by Team Ninja. Only female characters from the main series appear in this game. The mechanics of Dead or Alive: Xtreme 3 are completely different than the ones in the fighting games – it is a compilation of several arcade minigames. Each of these minigames has completely different principles. The player can participate in beach volleyball duels that – despite being based on real rules – are purely action based. Rock climbing requires the player to press (in correct order) the buttons appearing on the screen. Among other available modes there are card game and beach running. As the player proceeds through the game, they unlock new content like costumes for the female characters. In addition to that, the girls can participate in various other activities like dating and taking pictures in Photo Paradise mode. 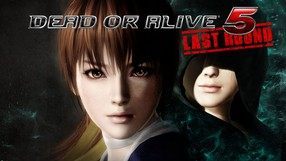 The most complete edition of the fifth installment in the cult fighting game series Dead or Alive. The first version of this game was released in 2012 on seventh generation consoles. The game was developed by studio Team Ninja which also created some entries in the Ninja Gaiden series. A characteristic trait of Dead or Alive games are the dynamic battles with an option to capture enemy attacks directed at different body parts. The duels take place across the whole world on multi-level arenas filled with destructible objects. The warriors have more than 300 sets of clothing and accessories to unlock so that the player can customize their characters as he wants. The Last Round edition contains all previously available game modes and a full set of DLCs released after the debut of the original game. The PC and eight-generation consoles versions of the game have better special effects and 1080p resolution support.

An expanded version of Dead or Alive 5, the arcade fighting game developed by studio Team Ninja. The title introduces with new game modes, arenas and characters. Dead or Alive 5 Ultimate contains more than twenty playable characters among which one can find Ryu Hayabusa and Momiji known from the Ninja Gaiden series, female ninja warriors Kasumi and Ayane, wrestler Tina, crazy Zack and a few newcomers. Combat system in Dead or Alive 5 Ultimate requires the player to aggressively push the enemy to the wall and to counter attacks directed at various body parts. The duels are very dynamical. The game features the infamous breast physics simulation which is a characteristic trait of the series. The duels take place on multi-leveled, three-dimensional arenas, the elements of which are destructible. Dead or Alive 5 Ultimate offers more than a dozen of game modes, including single- and multiplayer ones. Among the single player modes there is a story campaign with a final boss.

Dead or Alive 5 Plus

The fifth installment in the series of arcade fighting games developed by Team Ninja. The game offers more than twenty playable characters among which one can find Ryu Hayabusa and Momiji known from the Ninja Gaiden series, female ninja warriors Kasumi and Ayane, wrestler Tina, crazy Zack, and a few newcomers. The fighters can be personalized, for the player unlocks outfits for them. As usual, the player participates in fast-paced duels requiring them to play aggressively and intercept enemy punches directed on different body parts in order to achieve victory. The game features the infamous breast physics simulation which is a characteristic trait of the series. Fighting takes place on multi-leveled, three-dimensional arenas containing destructible elements. Apart from the single-player mode complemented by a storyline and a boss fight at the end, Dead or Alive 5 offers over a dozen of different game modes, including multiplayer ones.

Another installment in a series of popular arcade fighting games developed by Team Ninja. It is the first installment to be released on Xbox 360. The game features three new playable characters, including Eliot (a Xing Yi Quan fighter - the style is based on rapid punches with open palms), Kokoro (a black-haired beauty using the style of Virtua Fighter's Akira) and a female wrestler wearing a mask. Apart from the new characters, the game offers various fighters from previous installments, such as Ryu Hayabusa or Kasumi. When it comes to the mechanics, it is an old-school fighting game - two opponents face each other in a fight which lasts until one of them is defeated. Counter-attack mechanics were improved in this installment in order to maintain a healthy balance between attack and defense. Fighting takes place on multi-leveled arenas filled with destructible objects and surprises, such as cars passing by, which can be used against the opponent. The game offers an extensive online component, featuring clans and international tournaments. Additionally, both the graphics and character physics were improved.

A great series of Dead or Alive battles, whose biggest advantages are probably great graphics and a very well-balanced combat system, has lived to see the next part with the subtitle Ultimate.

"Xtreme Beach Volleyball" is an alternative game from the "Dead or Alive" series. It is no longer a three-dimensional fight, but a sports game with many additional elements.