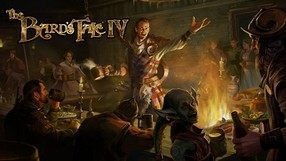 The fourth installment in the legendary RPG series launched back in the mid-80s. The title was developed by inXile entertainment thanks to the funds raised at Kickstarter, and its production was overseen by Brian Fargo, the creator of the initial entry of the franchise. The action takes place in the fantasy world known from previous installments of the series. The city of Skara Brae is its center. From there, the players set out to conquer numerous ruins and dungeons leading a party consisting of various races and classes, which influences the course of the plot as well as the attitude of the encountered NPCs. The available locations are grid-based in design, while combat takes place in an unusual, phase turn-based system that allows our party members to perform two actions simultaneously and thus achieve a synergy effect of various skill combinations. Bardic music also plays an important role during the fights. The ballads were recorded in Gaelic language.

A remaster of The Bard's Tale, a well-received action RPG from 2004, developed by inXile Entertainment. The plot is not connected to any previous entries in the series. The game's protagonist is the titular Bard who goes on a journey during which he must find Caleigh, a beautiful princess who was kidnapped by members of a demonic cult. In order to complete the quest and get some gold, our protagonist will have to survive many dangerous adventures and complete dozens of tasks from NPCs. The Bard's Tale: Remastered and Resnarkled has the same mechanics as the original game, and the main differences between this version and the original are better graphics, which support 4K resolution and 60 frames per second. The game's distinguishing features are its intelligent humor and presence of a narrator that never misses a chance to make fun of the main hero.

The Mages Tale is a VR dungeon crawler developed by InXile Entertainment, creators of games like Wasteland 2 or Torment: Tides of Numenera. The game takes us to a fantasy world that was created for The Bards Tale game series. Events of The Mages Tale take place between the third and fourth installment of that series. We play as a young adept of magic, whose task is to find his kidnapped mentor and expose the antagonistic wizard's conspiracy. Gameplay focuses on exploration of ancient crypts, dungeons, and sewers located below the town of Skara Brae. The dungeons are filled with all kinds of dangers like traps and various enemies. Our hero can use all sorts of element-based spells and we can create new ones thanks to the games complex crafting system.

The third part of the cult cycle The Bard's Tale was also the first to be produced without the participation of Michael Cranford. The responsibility for the creation of the game fell on the shoulders of Brian Fargo, which unfortunately also affected its quality.

Although the destruction of the power of Dark Mangar brought the inhabitants of Skara Brae the longed-for peace of mind, the fantastic world known from The Bard's Tale was still in danger. This time, another wizard, Lagoth Zanta, turned out to be the leader of misfortune.

The Bard's Tale is the first RPG game from the Tales of the Unknown series, in which a couple of legendary designers dipped their fingers: Michael Cranford and Brian Fargo. The action of the program takes us to the peaceful settlement Skara Brae, which, as it usually happens, found itself in the circle of interests of the evil sorcerer - Mangar the Dark.