The Dwarves is a tactical RPG for PC, PS4 and XONE. The game was developed by German studio KING Art Games, the creators of about 40 projects, including the series of adventure games The Book of Unwritten Tales. This game was based on the first entry in the saga of fantasy novels The Dwarves written by Markus Heitz who also helped in the development of the game as a consultant.

The player is taken to the world of Girdlegard where he assumes the role of dwarf Tungdil who participates in a fantastic adventure. In addition to providing the plots and characters known from the book, the developers allowed the players to participate in new events and to encounter new people.

The world of The Dwarves for PC, PS4 and XONE was split into smaller locations on which the main task of the player is to fight orcs. Before each fight the user selects a team consisting of four characters. There are twelve heroes to select from and each of them has unique story background and abilities. The fights with the enemies utilize the Crowd-Combat system in which up to 100 characters can participate in the fight. The physics are very important and can impact the outcome of the combat. For example, a powerful hammer attack can throw back enemies that will fall on their allies and if the fight takes place on a bridge, there is a great chance that some of them will fall down. 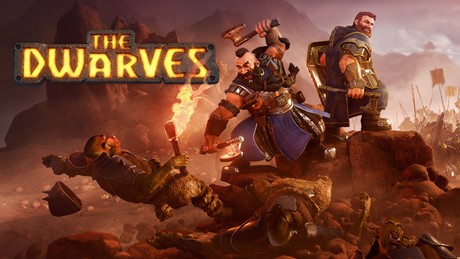 Weve been keeping a close eye on King Art Games ever since Jakub Rozalski decided to entrust them with the development of Iron Harvest. The Dwarves can be seen as an exam of the studios capabilities. The results, however, are less than promising...

The Book of Unwritten Tales creators, KING Art Games, have rolled out their new title, a tactical RPG entitled The Dwarves.