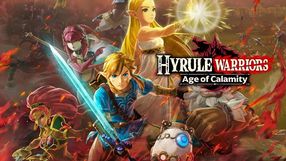 Spin-off, and at the same time a prequel of one of the best-rated instalments of The Legend of Zelda series. Hyrule Warriors: Age of Calamity allows us to learn about the tragic events which 100 years before the Breath of the Wild led to the fall of Hyrule. 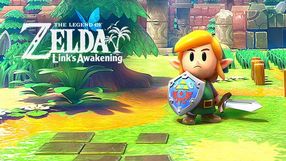 Cadence of Hyrule: Crypt of the NecroDancer featuring The Legend of Zelda

Cadence of Hyrule: Crypt of the NecroDancer featuring The Legend of Zelda is a unique combination of three genres - rhythm games, action RPGs and roguelikes. The Brace Yourself Games studio is responsible for the production. 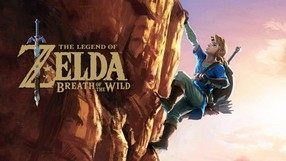 Another installment in the popular action-adventure game series by Nintendo, and also the first game in the series for WiiU. In The Legend of Zelda: Breath of the Wild, you play once again as the main character of the franchise, Link, who gets involved in yet another exciting and dangerous adventure as he tries to learn what led to the downfall of the land of Hyrule. The gameplay is a combination of several genres: adventure, action RPG, and even survival. During the game, you explore the open world, solve puzzles and fight enemies; the combat is arcade-like and requires you to use varied tactics. You also have to gather resources in order to prepare food and drink, which affect your abilities, just like pieces of equipment.

A remastered version of The Legend of Zelda: Twilight Princess, a game initially released in 2006 on GameCube and Wii consoles. The new version was developed by Australian studio Tantalus, which specializes in converting popular titles to various gaming platforms. Similarly as in most other installments in the series, the main character is a young man named Link, who begins a new journey, this time to help the children kidnapped from his village by monsters. When the protagonist reaches the Twilight Realm and is transformed into a wolf, he meets a mysterious creature called Midna, who promises to take him to princess Zelda's castle and help him in reclaiming his former shape. HD version isn’t very different from the original game, which was a combination of RPG and a third person perspective action-adventure game in which player was mostly exploring and fighting. In addition to noticeably improved graphics, the gameplay was slightly changed and improved.

One of the numerous installments of the popular The Legend of Zelda series that dates back to the end of the 80s. The Legend of Zelda: Tri Force Heroes was developed solely with Nintendo 3DS in mind. The characteristic feature of the game is the three-player cooperation mode where we can join forces with our friends to defeat bosses, solve complicated puzzles, and complete subsequent levels. Totems, which are towers that consist of three characters standing on one another, are interesting result of cooperation. Thanks to this, heroes can reach places that are otherwise inaccessible or hit a strong opponent in his weak point. Naturally, The Legend of Zelda: Tri Force Heroes lets us play solo, as well. In such case, we control each of the three characters interchangeably. Clothes and weapons we find give us special abilities: they can help us dodge enemy attacks, enlarge bombs, or let us perform attacks unavailable to other characters. The game features simple and not very detailed graphics which are, on the other hand, very colorful. 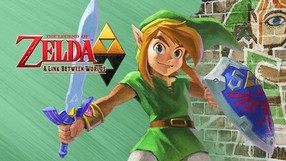 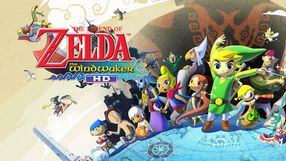 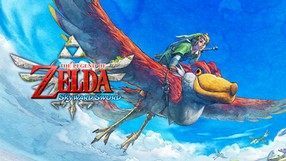 An action-adventure game featuring RPG elements, set in a fantasy world. It is the second installment (to be released for Wii) in the iconic Nintendo series, The Legend of Zelda. The player assumes the role of Link, who one day finds the eponymous item: a powerful, enchanted weapon with a spirit contained within. When it turns out there is a land beneath the surface of the world he is familiar with, the protagonist sets out on a dangerous journey to discover the reasons as to why both worlds were separated. Moreover, the unknown land is taken over by evil that has to be dealt with. In the game, Link can fight his enemies using several weapons (sword plus shield, bow, slingshot, bombs) and a few special accessories, such as a spy-beetle, or a whip used in puzzle solving. The game stands out with its comprehensive controls, designed for Nunchuck and Wii Remote supported by a MotionPlus device, providing vast possibilities. 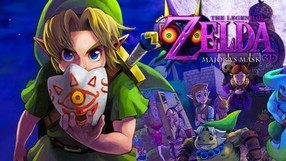 The Legend of Zelda: Majora's Mask

The Legend of Zelda: Twilight Princess

The Legend of Zelda: Twilight Princess is another metroidery that belongs to the best-selling series that started in the 80s of the 20th century. The story takes place in the land of Hyrule, once again attacked by dark forces. A characteristic feature of this position is the ability to change Links, the main character of the game, into a wolf.

The Legend of Zelda: The Wind Waker

The Legend of Zelda: The Wind Waker is an action adventure game with elements of cRPG, created by Shigeru Miyamoto and his development team of Nintendo. The plot of the title tells the story of a boy who sets off on a dangerous journey to free his sister and face his destiny. Visual setting of the game was created with the use of cell-shading technique.