The Sims FreePlay, released on AND, iOS and WP, is a spin-off of the series The Sims released in a popular free-to-play model. The game was developed by Firemonkeys, formed from the merger of two teams, working for several years on mobile hits from EA.

The action of The Sims FreePlay takes place in the Sim Town, modeled on the famous Sunset Valley region. Initially, the area is completely uninhabited, but as the game progresses, we can see more Sims and new plots to unlock. Just like in the fully-fledged parts of the series, the aim of the game is to freely manage the lives of our Sims and decide what they will do, where they will live or with whom they will become friends. All the actions taken in the game contribute to an increase in experience and promotion to the next levels which unlock new opportunities in the game, such as a larger limit of residents or new furniture, plants, dishes, etc.

The Sims FreePlay is a typical sandbox mand can be played in many ways. We can send our Sims to work, or take care of the interior design, gardening, taking care of animals, or performing various domestic tasks. The creators prepared several different career paths, such as a musician, actor, firefighter, teacher, scientist or politician. Our Sims can also devote themselves to a variety of hobbies specific to their current age. The map of the city has been enriched with a number of attractive locations where our characters can engage in a variety of entertainment and activities.

We start the game as an adult Sim, but with subsequent updates of the game, the creators introduced as many as 5 different stages of life (from infancy to seniority). Our Sim can also die. A peculiar curiosity is a fact that the developers raise moral issues. The possibility of having children was reserved only for married Sims.

The graphics in The Sims FreePlay represent the level typical for the first game of this series released on PC and is characterized by a similar number of funny animations, accompanying the performance of individual activities. The game takes place in real time, and the natural limitation of the freedom of play is the time needed to perform various actions. These restrictions can, of course, be avoided with microtransactions. Thanks to them, we will also be able to buy a number of exclusive elements of appearance, decoration or interior design. 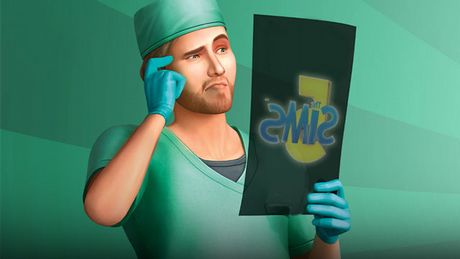