The Witcher: Enhanced Edition for PC is an improved version of a very successful Polish cRPG based on a series of novels by a popular fantasy writer, Andrzej Sapkowski. The developers were focused mainly on improving the source code of the game, and fixing various aspects of which the critics and players did not fully approve after the game release. A lot of effort was put into correcting the English and German language versions of the game - the quality of these was substantially improved in contrast to the original release.

According to players' expectations, the issues of the lengthy loading screens, and low general stability of the build, were addressed in the first place. The devs assured that the loading time has been reduced by up to 80%, and the stability issues - particularly visible among the players with low-end PCs, or unusual hardware configurations - were once and for all dealt with. The developers made a detailed analysis of the source code fragments responsible for combat and interaction with NPCs. The overall responsiveness of these aspects was greatly improved.

The Witcher: Enhanced Edition for PC comes with new content as well. Graphic designers from CD Projekt RED diversified the NPCs, by creating more combinations of their outfits. The face-animations of the characters were built nearly from a scratch - over 250 new animations were added. The creators have also decided to improve the interface, offering new main- and inventory menus. The big changes in the foreign language versions are also worth mentioning. Chunks of dialogue won't be missing from the English version anymore. The German version contains a set of new, better character voices. In both the cases, the changes greatly contribute to the atmosphere of the game world.

Apart from all the technical improvements and new content added to the game as such, The Witcher: Enhanced Edition for PC comes with a lot of additional content. Among the most interesting, there is a bonus DVD containing the D'jinni editor and two additional adventures. Geralt's fans will also be pleased to find a DVD containing videos from the development of the game. There are two audio CDs for all you music-lovers out there. One contains the official game soundtrack (29 tracks), and the other - music inspired by adventures of the Rivian witcher (15 tracks). In the game box, the player can also find a manual, a guide written by the creators of the game, a map of the game world, and Andrzej Sapkowski's fifty pages long story. Of course, the players who own the original edition of the game can download the update package free of charge, thus enhancing their old Witchers to the new version. A similar situation took place in case of Sacred, and its later representation Sacred Plus. 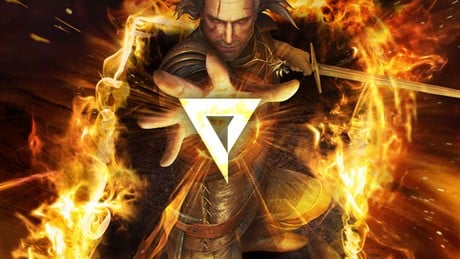 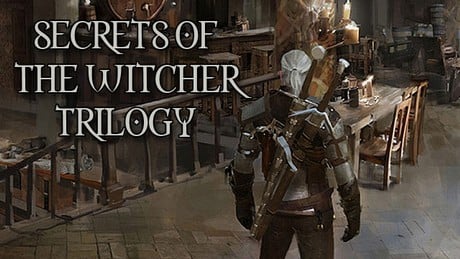 CD Projekt announced that 25 million copies of The Witcher games have been sold by the end of 2016. The overwhelming majority of this number comes from The Witcher 3 and its two add-ons.

It is clear now why Andrzej Sapkowski, the author of The Witcher books, kicks himself for refusing a percentage of The Witcher games sales. He licensed the brand to CD Projekt RED for just about $9,400 back in early 2000s.

The Witcher trilogy is getting a limited re-edition

Hardcore fans of The Witcher franchise will soon get a chance to expand their collection with some neat, limited editions of the three games... provided they live in Poland.

We, the players, have shared a lot of adventures with Geralt the witcher throughout the last 10 years and he expresses his appreciation in the new anniversary trailer.

History of The Witcher games - watch a feature-length documentary

The Witcher 3: Wild Hunt is probably the best known representative of that fantasy universe, however, it's definitely not all there is.

11 years have passed since the first Witcher game hit the shelves. Now there are 11 fun facts and easter eggs to show you how the series evolved, brought to you by CD Projekt RED itself.