Transport Fever for PC is the second game by Urban Games, a Swiss studio best known for Train Fever. The previous project treated solely about developing road and railway infrastructure. In case of the new game, the developers took things one step further and decided to include aerial and marine transport as well.

This is an economic strategy, in which the main goal of the players is building an enormous and fluent transport network by linking different locations and allowing transportation of goods, people, etc. The most basic task in Transport Fever is the development of roads and rail tracks, designing paths and routes, and so on. This task is performed by means of a powerful, yet intuitive editor, which allows virtually unlimited freedom in creating a transport paradise. The roads and tracks themselves would be useless, if not for strategic buildings used for loading and unloading, embarking and disembarking of goods and passengers: train stations, commercial ports, and airports. Its not enough to just build them and let them be; they have to be constantly upgraded to be able to meet the increasing demands of the market. The mechanics are furthermore complimented by an advanced system used for managing the freight of goods and persons. Above all that, the game also has a complex economic layer: all the investments require money that first have to be earned, and then wisely spent.

Transport Fever for PC has been developed with singleplayer in mind. Urban Games gives the players two historical campaigns set in Europe and North America. In both cases the campaign begins in 1850. Alternatively, there is the Endless mode, which is unconstrained by any time limits.

Transport Fever doesnt send out with its graphics, but it is decent. The vehicles are well-designed, they get dirty over time; the camera works very well and can be zoomed in and out; and the streets are full of cars and people.

Cities in Motion 2: The Modern Days

The Transport Fever game guide offers help in planning a successful transport business. It explains the basics and the more advanced mechanics, tells how to create connections and lists all types of transportation with their pros and cons. 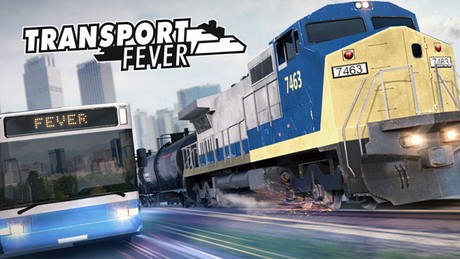 Transport Fever hands-on  getting closer and closer to Transport Tycoon

Chasing after its famous predecessor, Transport Fever finally appears to be closing the distance  while still not perfect, it certainly looks better than its prequel in most, if not all aspects.

Transport Fever is the next game from the developer of Train Fever. The game will let players build complex rail-road-water-air networks across the history of North American and European transportation.