Trials of Mana is a complete remake of the third installment of the action jRPG series Mana (japanese title: Seiken Densetsu), developed by the Japanese company Square Enix. The series began in 1991 on the portable Game Boy as a spin-off of the Final Fantasy series, strongly inspired by The Legend of Zelda. The new series reached its peak of popularity on the SNES console, which featured its two most important and highly rated installments - Secert of Mana and Trials of Mana.

With the release of Legend of Mana on the first PlayStation in 1999, the franchise began to decline. After several years, mainly thanks to loyal fans, Square Enix began to remind itself of it, offering mobile releases and remakes, such as Secret of Mana (2018) on PlayStation 4, PlayStation Vita and PC.

Trials of Mana is set in a world where the word Mana is used to describe the ethereal and ubiquitous energy created by the goddess, who forged a magic sword to save the world from eight divine beasts. After this heroic act, she fell asleep and turned into a mana tree. The story takes place long after these events when the defeated monsters wake up to life, and Mana begins to disappear from the face of the earth, ending the era of peace and prosperity. During the game, we follow the fate of several different heroes, whose paths cross in an unexpected way.

Trials of Mana is a classic action RPG, in which the action is observed from third-person perspective. While playing, we control several different heroes with unique combat styles and attacks. Their skills and strengths are described in a number of statistics, which are influenced by the equipment. During the game, we will defeat many types of opponents, including powerful bosses.

In contrast to the Secret of Mana remake from 2018, Trials of Mana had a much larger budget, which enabled the devs to offer voice dubbing, a new soundtrack, and high-quality 3D visuals to preserve the style and atmosphere of the two-dimensional original. 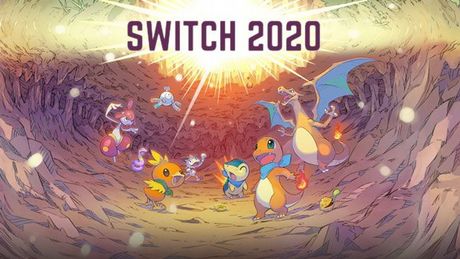 During Nintendo Direct at E3 2019 Expo, a remake of the classic jRPG Trials of Mana was announced, which will be available for sale in 2020. From now on, Nintendo Switch owners can buy a collection of all three parts of the Mana series, released on Game Boy and SNES consoles.