Victor Vran is an isometric RPG game in a fantasy setting from Haemimont Games  a Bulgarian studio, known for releasing such productions as Grand Ages: Rome, Omerta: City of Gangsters and several installments of the Tropico series.

In the game itself we step into the shoes of the title character, a renowned and experienced monster hunter. Victor Vran offers an immense campaign, as well as an elaborate multiplayer mode, which allows the players to compete against each other or to work together against the AI in the co-op mode.

Like in any proper RPG production, we will spend most of our time in Victor Vran battling hordes of hideous, evil monsters. Our hero has a sizable arsenal of weaponry at his disposal, which includes swords, axes, maces and pistols. The fighting system can prove to be quite challenging, as it is heavily dependent on the skill and reflex of the player himself.

The newest title from Haemimont Games features only one playable hero; however, due to the complex character progression system, we are given a lot of freedom when it comes to developing our monster hunters skills. Additionally, we can also acquire various demonic powers, which will only further increase Victors battle prowess.

Victor Vran features a random item generation system, and outfitting our hero with the appropriate equipment is of extreme importance; apart from the standard gear and classic armor types, the character can also use the so-called Destiny Cards that grant us access to a pool of special abilities. The developers have prepared a set of hand-crafted weapons, which are of special significance to the titles storyline. 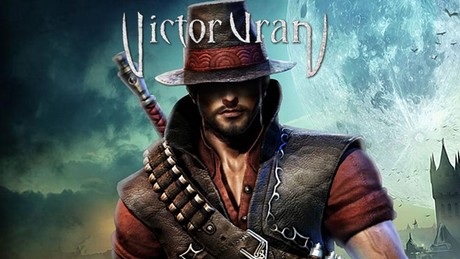 Victor Vran is your typical action-RPG inspired by Diablo. The game is heavy on action and not afraid of unconventional ideas but wrapped in a conservative plot.