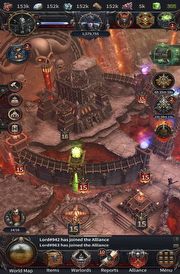 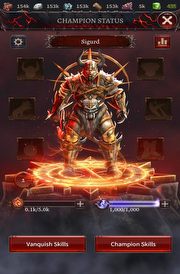 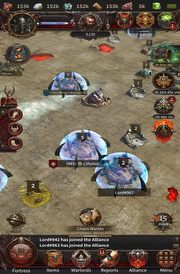 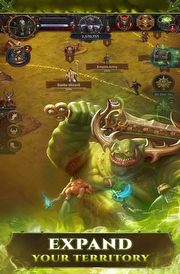 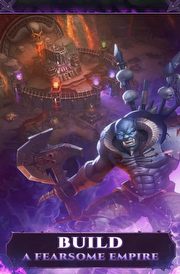 Warhammer: Chaos & Conquest is a real-time strategy designed for multiplayer fun. The title, created under the supervision of Games Workshop (owner of Warhammer franchise rights), was developed by Hunted Cow studio from in Scotland and published by Tilting Point.

Warhammer: Chaos & Conquest takes us on a journey into the dark universe of Warhammer Fantasy. Our task is to spread the influence of Chaos, conquer the Empire of Man and deal with factions on our way, among which there are Demons, Greenskins, Dwarves, and Beastmen. In this way, we gradually take control of the entire Old World, and as a result, we are called the Everchosen.

In Warhammer: Chaos & Conquest the action is shown in isometric view. The game takes place in characteristic places known to the brand's lovers, such as Norsca, Troll Country or Chaos Wastes.

In order to carry out the task before us, we must have the most powerful army possible. However, if we want to do this, we first need to acquire the right amount of resources and properly expand the fortress, constructing new buildings (such as a sawmill, slaughter pens, a blast furnace or a quarry) and improving the existing ones. In addition to the structures listed above, the list of available building includes temples dedicated to specific deities (providing us with their favor), as well as the sorcerer's citadel, defensive walls, workshops and demon forge, and finally dungeons and training fields.

In addition to standard infantry units (Thieves, Chaos Warriors and Chaos Chosen) and various beasts (such as Slaughterbrutes, Dogs of War, Chimeras, and Bloodbeasts), we lead Demons and Warlords to battle, wreaking havoc on the battlefield. Moreover, as we progress, we gain new abilities increasing the potential of our army - their skillful use may change the fate of many clashes.

Although we can play Warhammer: Chaos & Conquest solo, the title is designed primarily for multiplayer battles with a maximum of fifty participants. The players can form alliances by working together, sharing resources and borrowing units, as well as jointly meeting the challenges prepared by the devs. Additionally, the PvP mode is waiting to be checked, where the devs enable us to conquer the fortresses of other commanders; however, it is worth paying attention, because the same fate may happen to our fortress.

Visuals of Warhammer: Chaos & Conquest are maintained in a dark style, characteristic of the Warhammer Fantasy universe. Both individual units, as well as buildings and elements of the environment have been made with attention to detail. The whole thing is controlled by means of an extensive, yet legible interface.