Warhammer: The End Times  Vermintide is an online co-op game, set in the Warhammer universe from the Fatshark studio, the developers of Escape Dead Island and War of the Vikings. The players form a four man team, and together try to break through the hordes of rat-like Skaven.

The action of the game takes place in the city of Ubersreik and the regions directly surrounding the town. A once beautiful metropolis is now almost completely under Skaven control and has been transformed into a dour, grim and filthy zone with the appearance of the worst canal system. It is up to the players to reclaim the location from the rats by completing consecutive missions.

The squad of saviors sent by the Empire is made out of four different characters, each representing one of the five available classes, e.g. the dagger and pistol wielding witch hunter or the bright wizard, who specializes in fire spells. Our heroes have their own unique stories and motives, which we can learn during the dialog sections.

The enemies we encounter during the purge of the city are differentiated not only by their looks, but also by their size. Special Skaven units use their own special attacks and abilities, some are capable of, e.g. pulling our hero in the direction of an attacking horde. Defeated enemies leave behind equipment, which we can gather and actively make use of in future engagements.

We experience the game from the first person perspective, and the graphics themselves feature a grim and dark colour scheme, which helps build the atmosphere of dread and terror. 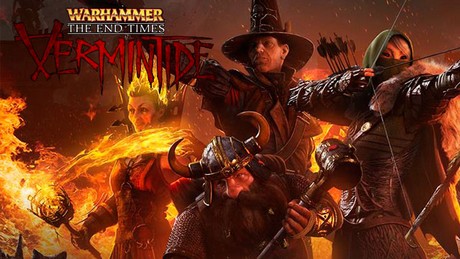 On paper, the premise of combining Left 4 Dead and the Warhammer universe looks absolutely brilliant. Will the beloved co-op formula turn out to be a blockbuster when transplanted into a world full of Skavens?

The Curse of Abundance  is the Warhammer Franchise in Trouble?

Games Workshop is giving away the rights to electronic adaptations of their flagship brands to anyone who'll take them. Theoretically speaking, every fan of Warhammer should be over the moon about this...