Something strange is happening with the Warhammer franchise. To say that there isn’t a week without an announcement of a new title set in one of the two iconic worlds is perhaps an exaggeration... but not by much. Games Workshop is giving away the rights to electronic adaptations of their flagship brands to anyone who'll take them, providing productions of almost every genre on all major hardware platforms. Theoretically speaking, every fan of Warhammer should be over the moon about it, enjoying a wide selection of games set in their favorite setting, but when you look more closely at the current offer, the enthusiasm quickly evaporates.

Let's go back to the beginning...

Before we begin to analyze the current situation, it's a good idea to go several decades back, and describe the policy of Games Workshop towards video games in those ancient times. Interestingly enough, the first electronic productions issued by the company had nothing to do with Warhammer. In the first half of the 1980s, while looking for identity and sources of income, the company hired a team of developers who later created several different titles, mostly for ZX Spectrum computers which were popular in Britain. Although most of these production have long since been lost in the mists of time, it is worth mentioning that it was there that Julian Gollop, to whom we owe the absolute cult classic UFO: Enemy Unknown from 1994, gained his experience in game development. Together with Games Workshop, he released his other famous work – a turn-based strategy called Chaos: The Battle of Wizards (currently returning to the market in a modernized form under the name Chaos Reborn). We should also remember the first digital adaptation of the Talisman board game. 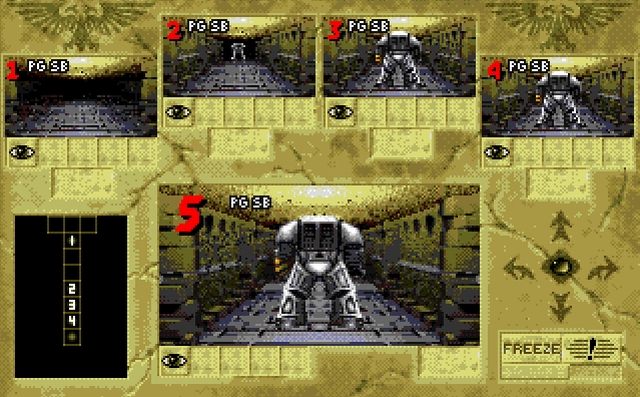 Space Hulk from 1993 – an FPP tactical strategy with an eerie atmosphere. Have you ever seen such a mix?

Another close encounter of Games Workshop with the video game industry occurred in the early 90s. This time, it was closely related to the flagship brand of the company, namely Warhammer. It all started with the co-operation with the British studio Gremlin Interactive and the resulting release of HeroQuest in 1991; it was a computer adaptation of the board game under the same title, loosely based on the Warhammer Fantasy world. Fun fact: with this game, Games Workshop rained on Sierra On-Line’s parade, forcing it to rename the famous hybrid of adventure and role-playing game that was to be called Hero's Quest (to match the other titles of the series – King's Quest and Space Quest) to Quest for Glory. A year later, the same developer has transferred another tabletop game into the world of electronic entertainment, this time set in the universe of Warhammer 40K – Space Crusade. 1993 saw the first adaptation of probably the most famous board game in Games Workshop’s portfolio – Space Hulk – developed by the well-known Electronic Arts. The abovementioned titles marked their presence in history better than GW's efforts from the 80s, although it was only Space Hulk that earned the status of a cult game (mainly due to the eerie atmosphere provided thanks to graphic images and FPP view). 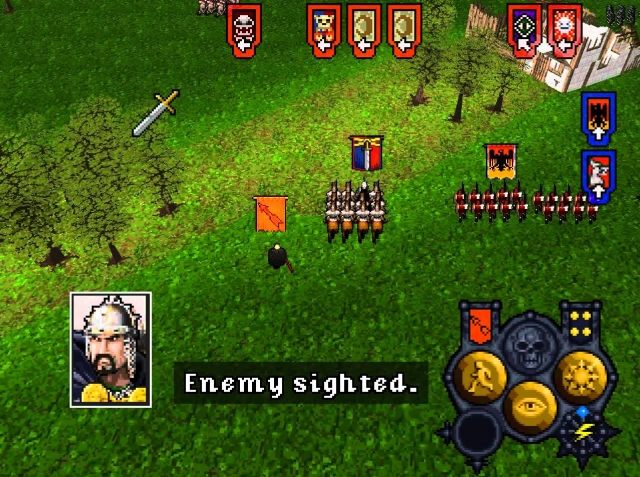 Warhammer: Shadow of the Horned Rat – one of the first three-dimensional RTS games, released not only for PC, but also for PSX (in 1996).

As you can see, the first games set in the Old World and its cosmic variation were "merely" adaptations of tabletop games, mostly created as turn-based strategies played out on a tactical level (as was still the case with Blood Bowl issued in 1995). A breath of fresh air came with the release of Warhammer: Shadow of the Horned Rat in 1995; even though it was yet another adaptation, this time it wasn’t just a "normal" board game that was transferred, but the flagship product of Games Workshop's, i.e. Warhammer Fantasy Battle combat system. In this case, it was not a specific game that was being converted to electronic form but rather a set of rules (mainly related to skirmishes). Thus, we received an original product that was a fully "competent" real-time strategy that marked its presence in the history of the genre. Among its qualities we can mention not only the complex and well-designed mechanics, but also three-dimensional graphics (one of the first examples of use of such a perspective in strategy) and quite an interesting story. Three years later, the success of Shadow of the Horned Rat has resulted in the release of a follow-up entitled Warhammer: Dark Omen, which even managed to outshine the original game.

Games Workshop company was founded in London in 1975 by John Peake, Steve Jackson and Ian Livingstone. Starting as a manufacturer of wooden boards for tabletop games and distributor of works created under the Dungeons & Dragons franchise for Britain, it soon began to create its own products, such as Warhammer Fantasy Battle and Warhammer 40,000 Battle miniature wargames. Over the decades, the company has grown into a giant enterprise, uniting legions of devoted aficionados of the many forms of fantasy – not just wargames, but also RPGs, board games, novels, and many more.

An scholar, librarian, wannabe witcher, and a gentleman. Cars, guns and swords are his things, as are deep stories about serious stuff.