Another entry in the fighting game series that began in 1999 and is an exclusive franchise of Nintendos consoles. The most characteristic feature of Super Smash Bros. is the appearance of characters known from other top-selling series of the Japanese developer. It isnt different this time, with over 50 characters available, known from such franchises as Super Mario, Donkey Kong, Pokemon, or Legend of Zelda. The roster also includes completely new and previously unavailable fighters from Mega-man, Pac-man, Street Fighter, Final Fantasy, Animal Crossing, and Bayonetta. In terms of gameplay, the title remains true to the tradition of previous games in the series, giving us a unique mix, which requires more than simply pummeling your opponents. Each skirmish takes place on a special, multilevel arena, and the gameplay may change during the battle, in a more platform game manner.

A sequel to a platform/puzzle action game developed by Frozenbyte. The story of the original game was set in a colorful, magical fantasy world. Trine 2 once again presents the adventures of the three characters bound together by the power of an artifact known as Trine. Amadeus, Zoya and, Pontius are brought to a fairytale land inhabited by goblins. Their task is to discover the truth behind the actions of the malicious creatures and to prevent them from achieving their goals. Similar to the original game, Trine 2 is a two-dimensional platformer. The gameplay features arcade elements (jumping, fighting, etc.) and puzzle solving. The main characters have gained new abilities and can also search for hidden treasures and bottles containing experience points. The sequel features also a new game mode, implementing cooperative online multiplayer.

An arcade racing game for {PLAT}. Our objective is to take part in a race and finish it, but the task is made difficult by the nature of courses and obstacles, which are constantly transforming. The background colors are constantly changing, and a different color may mean that, for example, a bridge was removed, or a new platform was spawned. The pace of the gameplay forces the players to stay alert if they want to reach the finish line as a winner. Our avatars can jump, climb, run, as well as harass other participants. Aside from the main course, Runbow also contains a few different modes, including Arena, where the players are pushing each other into the abyss, or ColourMaster, in which one person decides on the action that has to be repeated by other players. Even if the main strength of the game is the ability of multiplayer racing (up to 9 participants), the game offers a single player mode as well. Runbow employs simple, but nice 2D visuals, full of contrasting colors and sharp contours.

A two-dimensional platformer game which casts the player in the role of Mae Barrons - an exorcist who specializes in ghosts. In contrast to other exorcists, Mae uses rocket launchers, machetes, spells and various gadgets to fight the beings from another dimension. Gameplay in Extreme Exorcism is based on an innovative pattern - each defeated ghost is replaced by another that recreates movements the protagonist performed in the previous fight. As a result, each fight constitutes a new challenge and the enemies' actions cannot be simply learned by heart. Consequently, the player is forced to think ahead and sooner or later realizes that it is necessary to be taking the next fight into account. The game offers a campaign comprised of ten different maps. The story-based part of Extreme Exorcism can be played either solo or in co-op mode. Apart from that, the game features the so-called deathmatch mode, challenges requiring the player to achieve certain goals, as well as a cooperative mode, requiring the players to defend themselves against legions of ghosts. Extreme Exorcism comes with old-school, pixel-art visuals.

Another game developed by Ganbarion and set in the One Piece manga universe. This time around, the main protagonist  Monkey D. Luffy  and his friends get to the Forgotten Island, ruled by an extremely ambitious pirate, who goes by the name Red. Our protagonists are left with no other choice but to set up a base in Trans Town and embark on a quest to defeat Red and his henchmen. The gameplay mechanics resemble those known from the Monster Hunter series: players get to control on of nine different characters, each featuring unique skills and combat system. Players get to observe from the third-person perspective how their protagonists traverse numerous locations, fight encountered foes, as well as visit and expand the aforementioned town by erecting new structures (like shops and museums). In Trans Town, one can purchase new pieces of gear, accept new assignments and talk to various NPCs. One Piece: Unlimited World Red features both single and multiplayer modes  the latter one allows up to 4 players to join their forces in hunting frightful creatures and defeating dangerous pirates. 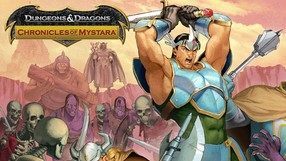 A 2D action-adventure game for WiiU, and an enhanced and extended edition of Two Brothers, a game released for PC in 2013. The game's protagonist is Roy Guarder, a scientist, philosopher and inventor, who embarks on an expedition to find the source of all life. When he finds what he was looking for, he almost dies, and on the other side he notices beautiful colors unlike those in his monochromatic world. Obsessed with them, he starts to cross the line separating life from death. The non-linear story features multiple endings, and the gameplay consists mostly of exploring, talking to NPCs, and battling enemies. In terms of visuals, Chromophore: The Two Brothers Directors Cut is based on Game Boy productions, featuring pixellated 2D graphics, a specific color scheme and an atmospheric soundtrack.