It's a full summer outside. The weather is good, and the seaside, rivers, lakes and mountains are brimming with vacationers. This pleasant time has also come to Fortnite. The popular online shooter from Epic Games launched the 14 Days of Summer event. Over the next two weeks, there will be plenty to do for gamers on PC, PlayStation 4, Xbox One, Nintendo Switch and mobile devices in both Battle Royale and Save the World. 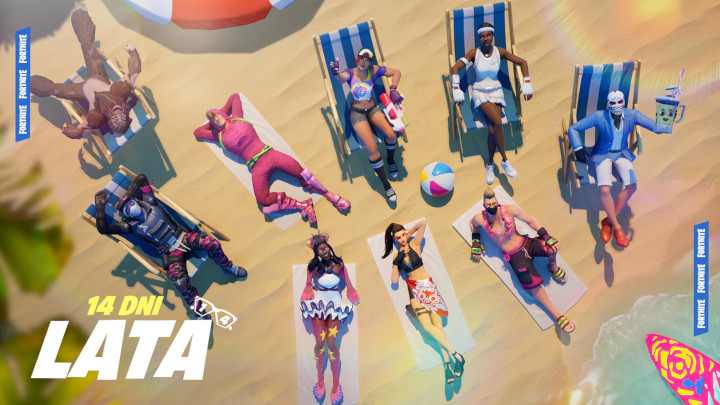 In Fortnite, the time has come for summer relaxation.

Let's start with Save the World. In this PvE mode, players can perform new tasks every day to help the main base to organize a big summer party. The reward for finishing each target is a Summer voucher, and if someone manages to fill in all fourteen, they will unlock a "new, explosive weapon". 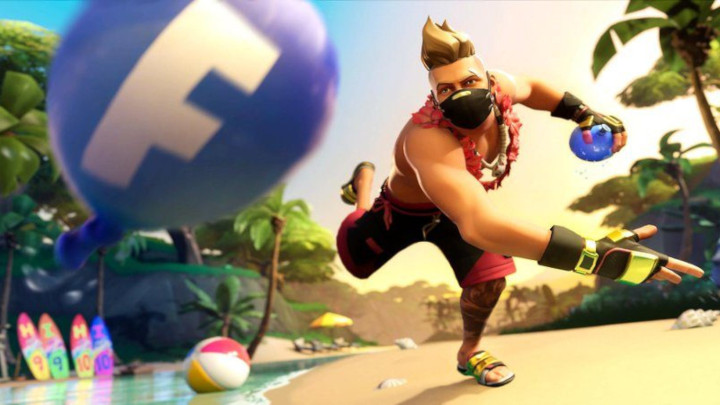 Water balloons can save lives in extreme heat.

As far as the Battle Royale is concerned, there is a bit more to the attractions here, which is not surprising if we consider the fact that this module is much more popular than Save the World. Until July 8, online competition lovers will be able to wield special weapons that have been restored for only 24 hours, try to complete the daily challenges with special prizes, or buy exclusive costumes and other items. There will also be special, temporary game modes. There are fourteen of them, exactly as many days the event will last. Among them we can mention Splashdown Squads, which is a mode consisting in throwing water balloons at opponents, Headshots Duos, where the hits count only in the head, or Strategic Structures Squads, in which the structures made of a given material are more durable than others. The full list of special modes, in random order (i.e. not the one in which they will appear in the game) can be found here.

14 Summer Days will also include a creative mode in which each player can create their own rules. Every day of the event, a new map will appear, to which you can invite your friends.

Fortnite has been present on the market for almost two years and still enjoys great popularity, although according to the latest report of SuperData its position has started to weaken slightly. Events such as 14 Days of Summer can encourage some players to come back and also attract new ones, so they should become a common thing in the future. One thing's for sure - Epic Games will certainly do its best to keep their earning online work high on the lists of the most popular productions.