It looks like Shadowlands solved one of the oldest "mysteries" of World of Warcraft - we'll find the answer to the question "where is Mankirk's wife? We're talking about a task in which players were to find the beloved of a certain Orc, who was separated from her as a result of dramatic events.

The quest was known for the exceptionally high level of irritation it caused - it took place in a large location called Barrens, and at that time there were no markers in the quests, so finding the right spot was a big problem for many people. Many players asked about the location of Olga (that was her name) in general chat.

It is worth noting that Mankirk's wife was never really found, at least not alive - the players only found the body, of which they informed the unfortunate Orc while not being 100% sure that it was really her. In addition, Cataclysm completely removed the quest from the game and it seemed to be the end of the story. 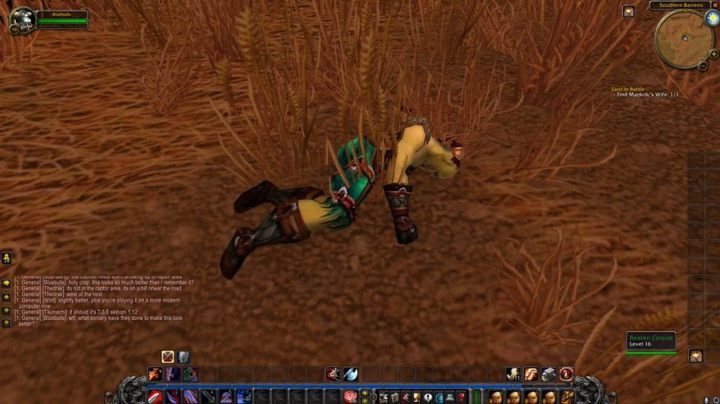 The player only finds the body of the orc woman.

However, now, after several years, Shadowlands sheds new light on the matter - the player may find Olga in one of the locations of the afterlife. She is located in a place where she has been fighting with other undead for all eternity, which suggests that Mankirk's wife was not only a victim, but also a great fighter (in World of Warcraft, after death, everyone goes to a place that fits their character and nature - for better or for worse).

PS5 Will Assist Gamers with Disabilities