World of Warcraft: Shadowlands is the eighth expansion for the popular 2004 MMORPG developed by Blizzard Entertainment, the creators of the base game, as well as such titles as Overwatch, Hearthstone, Starcraft and the Diablo series.

The story of the expansion begins when Sylvanas wins the battle against Lich King and then destroys the barrier that separates Azeroth and The Shadowlands.

The realm's greatest heroes embark on an expedition to the other side of the world, to the title Shadowlands, to discover the secrets of a conspiracy that may destroy all existence, as well as save the souls of the legends of the Warcraft universe, so that they can fulfill their destiny.

Shadowlands is a typical expansion. The add-on does not fundamentally change the gameplay mechanics of World of Warcraft, focusing on expanding the game's content.

The biggest attraction of the expansion is the possibility to visit the Shadowlands. The expansion enriches the game with four new exploration zones (Revendreth, Ardenweald, Maldrauxxus, Bastion), with unique dungeons and raids. There add-on also introduces numerous new items.

In the Shadowlands we can also find four groups taking care of the dead. Players can ally with one of them under Covenants, so that they can gain access to new powers.

An additional attraction is the condemned tower in Shadowlands, known as Torghast. It is a big dungeon, whose architecture is constantly changing, so we can explore it many times, each time encountering fresh challenges.

World of Warcraft: Shadowlands also abolishes the limitations of the Death Knight class and now all races can become Death Knights. 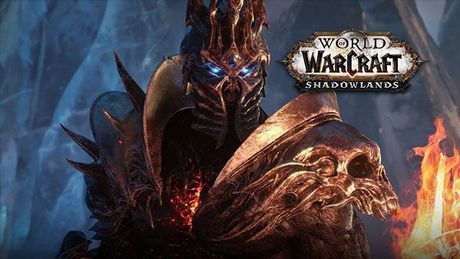 Blizzard has revealed a handful of details about World of Warcraft: Shadowlands. This new expansion will significantly change the system of experience levels, reducing their number back to 60 and enabling us to make progress in the storyline with additional characters. In addition, a new dungeon was discussed, modelled on roguelike games.

On this year's BlizzCon, Shadowlands has been revealed as the next addition to World of Warcraft. The expansion will take us on an expedition to the underworld.

A fragment of image showing World of Warcraft gadgets, which will be available for purchase on this year's BlizzCon, has appeared on the web. They indicate that the new expansion to the popular MMO will be called Shadowlands and will take us to the land of the dead.

Developers working on Shadowlands, the upcoming expansion to World of Warcraft, have admitted that they are inspired by classic WoW solutions, which are appreciated by the community and give gamers a lot of fun.

Blizzard released a Visions of N'zoth update for World of Warcraft. Patch 8.3 introduces two allied races and the possibility of facing the horror of N'Zoth in a new rally, assault, and so-called Horrific Visions.

With the release of the Shadowlands expansion, the MMORPG World of Warcraft will receive several new graphics options to improve performance. The game's engine may also receive support for Variable Rate Shading and ray tracing technologies.

WoW: Shadowlands May be the Best Expansion for the Game Yet

World of Warcraft: Shadowlands won't launch until the end of 2020, but streamer Asmongold has already had a chance to see the alpha version of the expansion and shared his thoughts on the matter.

Today, the information that the latest expansion to World of Warcraft will include a graphic setting for ray tracing has probably been confirmed. So far this option has been added to the alpha version of the game, although it is not yet possible to enable it.

If you believe the rumors, AMD is preparing a new version of the Rise The Game action, where buyers of the manufacturer's new graphics cards receive full versions of video games. This time the offer will include titles such as Godfall and World of Warcraft: Shadowlands, which will debut in the second half of thr year.