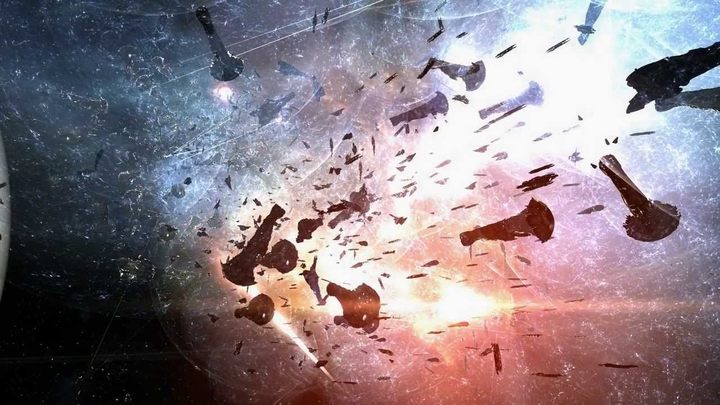 The EVE Online universe is an extremely interesting place.

Polygon described the background of another great conflict, which is currently taking place in EVE Online - the so-called World War Bee 2. Two powerful factions with tens of thousands of players each take part in the struggle. On one side we have the current hegemon - The Empire (about 29 thousand registered accounts) - and on the other side the PAPI alliance (52 thousand registered accounts and over a thousand Super Capital-class ships).

To be like Darth Vader, or who caused World War Bee 2

The name of the current war is a reference to one of the previous great conflicts in EVE Online, which ended in 2016. That clash is also known as the Casino War, because it was driven by a casino inside the game called I Want ISK. The war prompted the developers at CCP Games to make changes to their licenses in order to limit gambling in their game. Numerous accounts associated with two casinos (including I Want ISK) were banned and their property confiscated.

However, the numbers are not everything, as the history of the conflict is also important in this case. The driving force behind PAPI is the leader of the group known as Test Alliance Please Ignore, a player named Vily, who five years ago was the fleet commander of his current enemy, The Empire. But then his duties in real life (more specifically, military service) forced him to put EVE Online aside. When he returned after a few months, his former allies informed him that they no longer needed him.

When I came back, Vily told Polygon during an interview last week, they were like, No, we dont really need you anymore. So I said, All right. If youre going to ignore the contributions Ive made over these four or five years, Ill go do something else somewhere else. And Ill enjoy tearing you down, if thats the game you want to play'n" Vily told Polygon editors.

The player did as he promised - he joined Test Alliance Please Ignore and built up his position until he finally became a faction leader. Then he organized a powerful alliance (it consists of two other groups - Fraternity and Pandemic Horde) and at the end of June this year he broke the non-aggression pact with his former boss. Two weeks later, on 5 July, he attacked. The goal of Vily and his companions is the complete eradication of The Empire, its most important faction (the so-called Goonswarm) and its leader, Alex "The Mittani" Gianturco, who is a retired Washington lawyer in real life.

When we started this war, we knew that we were fighting this to the end. For us, this is a war of extermination. This is a war to the death. We are aiming for the removal of Mittani and The Imperium from Eve Online. [...] We are here to purge them," said the leader of the attacking faction. 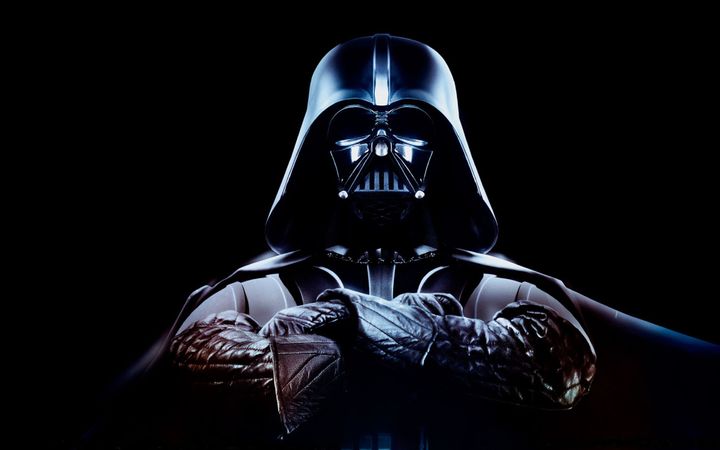 Darth Vader also thought he was saving the galaxy - both when he was helping the Emperor and when he was killing him.

Interestingly, Vily's motivation is said to be more than revenge. According to David "Matterall" Mora, the host of the Talking in Stations podcast, PAPI's leader believes he is fighting for the future of the game. In the eyes of The Imperium's former fleet commander Mittani is a pest that simply needs to be removed.

Hes essentially Darth Vader looking at the Emperor. Vily turned on him in order to, in his mind, save the game," said David Mora.

The call to arms 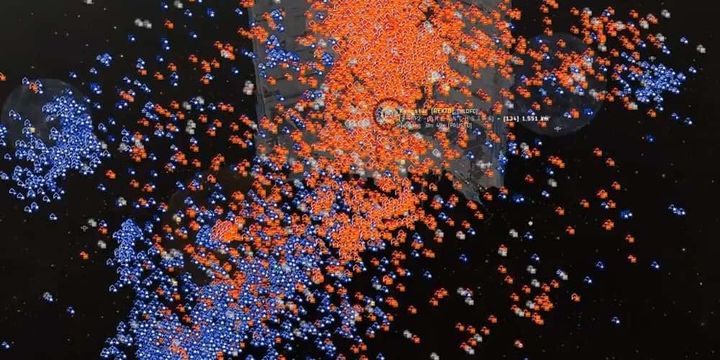 In practice, the great clashes in EVE Online don't look too impressive, but let's remember that every one of these points is a ships whose value can be converted into real money.

The leader of The Imperium believes that his enemies are not properly prepared for this war and act too slowly, but at the same time admits that they are a real threat and does not intend to underestimate them - on September 8 he called on all former players who were part of the alliance to reactivate their accounts and join the war.

You knew this day would come; you knew that you would be called. Only as a last resort; only when it matters most, when the fate of our tribe and the galaxy itself hangs in the balance. The Horn of Goondor, only to be sounded in our darkest hour, when the enemy is at the gates of Fortress Delve and it is time to win or die. [...] There has never been a bigger defensive war in the history of Eve Online, and were going win this thing  or lose every last Titan we own in the process, we read in the email.

Gianturco is convinced that The Imperium - repeatedly attacked by various enemies in the past - will survive the current conflict. When he found out that Vily's plan was to completely annihilate his faction, he was supposed to laugh at him. The plan of the "galactic emperor" is to force the enemies to show him what they can do.

What we are looking to do here, as the defenders, is specifically to force these guys to try to live up to what they told the galaxy they were doing," said Gianurco.

Contrary to The Mittani's boasting, the situation of The Imperium is not great at all. Its fleets can exert actual control over just a few sectors (mainly in the southwestern part of the galaxy), and some of them are difficult to defend. The defenders benefit from the fact that the centre of their power is in the Delve region, which has been controlled by Goonswarm for nearly a decade. This is a sector that can only be reached through a few passages, but the PAPI alliance is gradually strengthening its positions at these key points.