The next DLC fighter for Super Smash Bros Ultimate might be arriving as early as the next few weeks. Thanks to @OnuaUlt on Twitter, an advertisement for the games Fighters Pass Vol. 2 has appeared in Japanese 7-Eleven convenience stores. 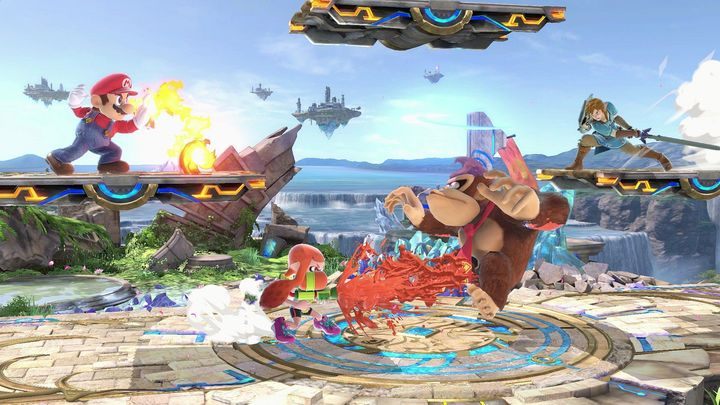 The advertisement shows the already released and playable Min Min alongside the five blank spaces reserved for the future DLC characters. The advertisement is also only scheduled to remain up through October 4th.

This may seem like a strange coincidence to base any actual news on, but it is not the first time this has happened. Thanks to another Twitter user, @PushDustIn, these advertisements have proven fruitful.

Two previous Super Smash Bros Ultimate DLC fighters have appeared in similar ads. Both Hero from Dragon Quest and Banjo & Kazooie have graced these advertisements in the past.

Why would these advertisements be taken down on October 4th unless the next fighter will have been revealed by then? With less than two weeks left until that date, we will find out soon enough.