It looks like the panic was premature. Activision said on Twitter that the rumors of a user data leak are not true. This may be surprising in the context of the streamers' assurances, especially since many of them do not believe the publisher. For example, Prototype Warehouse posted a screen shot from Reddit with immortalized topics reporting on alleged hacker activity. The fact that Activision blocked responses under its post on Twitter is also suspicious. However, for the time being, the rumors about the data leak are not true, at least officially. Nevertheless, for the sake of safety, we recommend taking the steps we wrote about in the original message. 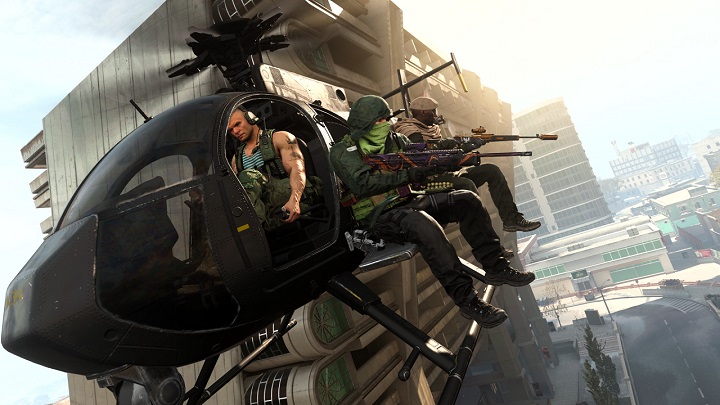 Just when you thought that you can't like hackers any more...

Hackers are able to get in the way of gamers in online titles, but unfortunately, sometimes their activity has much more serious consequences. Numerous sources report the biggest hacking on Activision servers in history, which resulted in leak of data from over half a million registered accounts. The information was first reported by youtuber oRemyy on their Discord channel and then quickly disappeared from all social networking websites. However, the user managed to ensure that it was a far worse hacking than the famous PlayStation 3 scandal from 2011 (via BBC).

The report has been confirmed by other streamers, including Prototype Warehouse, who was contacted by TechRaptor editors. The journalists assured the authenticity of the "solid proof" mentioned by Prototype Warehouse on Twitter, which proves the involvement of hacker known as South African in the attack. The offender was to use special software to decrypt data from Activision's servers. TechRaptor also learned about problems with logging in to the publisher's services due to changing data without the knowledge of the account owners. This is possible because the company has still not introduced two-stage login authentication. The feature is available on PC only in one of the company's titles - Call of Duty: Warzone. Probably for the same reason, hackers can, according to TheGamingRevolution, create a thousand new accounts every 10 minutes.

If you have a registered Activision account, we recommend you quickly change your password and remove its connections with other services such as PlayStation Network, Battle.net, and Steam. The same applies to the data used for transactions, and, just to be sure, we suggest that you take similar steps on all services to which you have linked your account. We would usually advise you to enable two-step login verification (also known as 2FA), but unfortunately, this is not possible here.