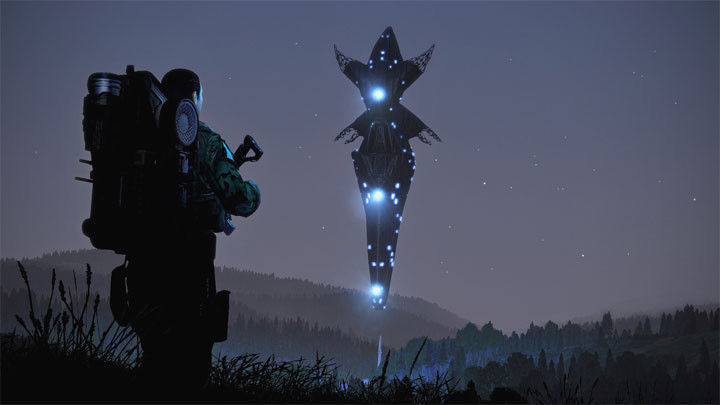 The expansion will be released in July.

Bohemia Interactive Studio has announced anew DLC for the tactical shooter Arma III. The expansion is entitled Contact and it will be based on science fiction themes. The launch is scheduled for July 25. This will be a non-stand-alone expansion, so you will need the basic version of the game to play.

Steam has already launched pre-orders, where the DLC can be purchased for $25.19. This is a promotional price, reduced by 10%. On the day of the lauch it will jump to $29.99. You can also buy Arma 3 Contact Edition, which is a set containing the add-on along with the basic version of the game. This package currently costs $34.09, and after July 25 we will pay $54.95 for it.

The expansion will offer the First Contact story campaign. We will take on the role of Aiden Rudwell, a drone operator in the ranks of NATO, who takes part in the manoeuvres of this organisation in the fictitious Polish-speaking country of Livonia. When a giant alien ship flies into the Earth's atmosphere, the hero is sent on a reconnaissance mission to gauge the strength and intent of the aliens.

The campaign is to be very diverse. During the game, we will, among other things, conduct field research, electronic combat and combat reconnaissance. Players will have at their disposal 163 square kilometres of Livonia, which will be filled with many objects inaccessible in the basic version of the game and previous additions.

Apart from the Livonia Defence Forces, we will also encounter Specnaz in the country. Soldiers of each of these factions have unique uniforms and new faces. In addition, there will be five additional weapons, two vehicles and previously unavailable equipment.

The expansion will also offer new scenarios for multiplayer games, set in Livonia. It is worth mentioning that some of the expansion elements, such as decorative objects or NATO forest camouflage, will be made available for free to all Arma III owners.

Bethesda Allowed to Use the Name Redfall