Baldur's Gate: Siege of Dragonspear finally got a release date  the expansion for Baldurs Gate: Enhanced Edition will be out this month, on March 31, 2016.

Beamdog has also revealed the contents of the Collectors Edition. It will include a DRM-free copy of Baldurs Gate: Enhanced Edition and Siege of Dragonspear on DVD, plus some extras: the original soundtrack, a cloth map of the Sword Coast, a physical copy of Bence Duncans Field Report and the official Baldurs Gate Adventurers Guide, a metal amulet, as well as a set of Siege of Dragonspear-themed dice. You can pre-order the Collectors Edition for $129.99. If youre looking to buy the ordinary digital version of the add-on for $39.97, head over to this site. 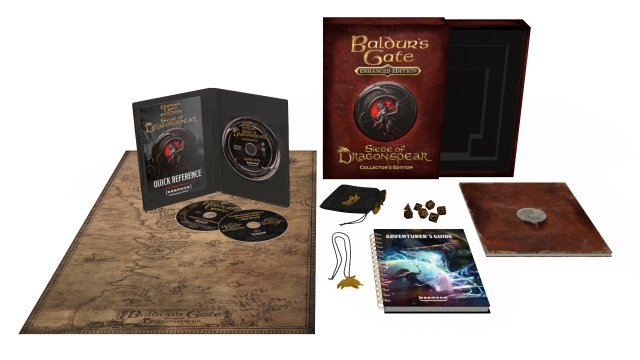 Siege of Dragonspear is a story-driven expansion for the enhanced edition of Baldurs Gate, connecting the storylines of the base game with its sequel. It offers 25 hours of gameplay set in new locations and putting you up against new enemies, whom you will get to fight with new weapons and spells along with four new companions in your party. You can complete the new campaign either alone or with up to 5 friends.