PlayStaton's YouTube channel featured a video about Cyberpunk 2077, currently developed by CD Projekt RED. The players can take a look behind the scenes of the production and listen to what its creators have to say about the title, namely Marcin Iwinski, the co-founder of the studio, Marcin Momot, who deals with contacts with the community and Miles Tost, a level designer. Let's start with the most important point - the upcoming PC, PlayStation 4 and Xbox One title is still far from completion and will make its debut "when it's ready".

The above video starts with a "confession" by Marcin Iwinski, who recalls the 2018's E3; as he says, due to enormous stress he was then a "shadow of himself". As it turns out - unnecessarily, because the production, which, apart from the trailer presented at the Microsoft conference, was also shown behind closed doors, was very warmly received by representatives of the industry press. However, the authors could finally breathe a sigh of relief only two months later, when the nearly fifty-minute gameplay was published, which appealed to a much wider audience.

As you may remember, CD Projekt RED began working on Cyberpunk 2077 in 2012. Since then, the project has been "alive" and constantly evolving. Although the artists had a certain vision from the beginning, Tost reveals that the team has been experimenting all these years; some ideas appeared, died, were "resurrected", then given up for a second time, only to be back in the fray again.

The authors had to learn many new things - enough to say that in order to let the players feel the vastness of Night City, as well as to make them identify with their characters in the best way possible, they decided to present the action from the first person perspective (unlike their earlier works, in which they presented events from behind Geralt's back). Another thing is that enabling us to create a character from scratch was also a huge change after such an iconic hero as the White Wolf. 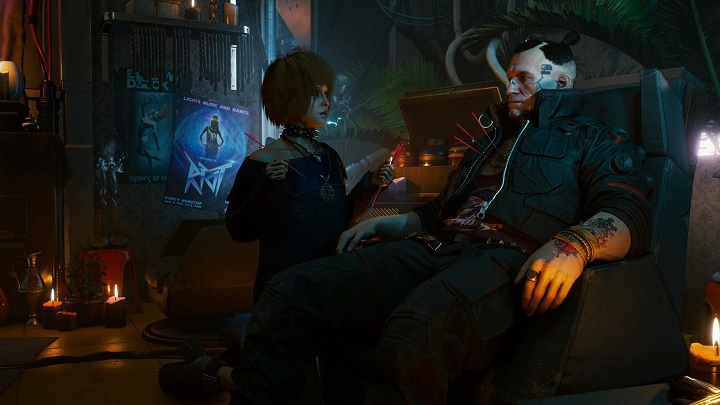 Cyberpunk 2077 is currently the apple of CD Projekt RED's eye.

It's worth noting that this is the fourth episode of the series dedicated to CD Projekt RED, which can be watched on the YouTube channel of PlayStation. Previous episodes focused on the team's beginnings, their "conquest of the world" with the Witcher series and the history of Gwent and Thronebreaker: The Witcher Tales.