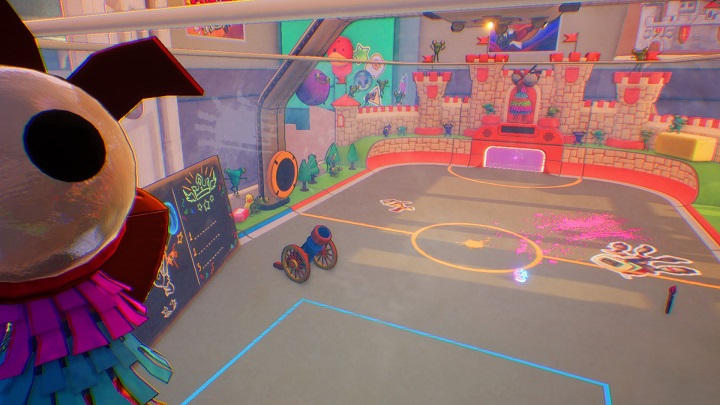 MisBits can be tried by anyone.
In a nutshell:

MisBits is the debut production of the Austrian studio Pow Wow Entertainment. The team's first project is an unusual action adventure game in which we will face other players. Purple Lamp studio, which is working on The Guild 3, is supposed to help with the development. 3BD Games, the game's publisher, announced that beta test subscriptions have been launched. To take part in them, just go to the game page, go down and fill in the required data. Then, a message should come to the e-mail we provided, in which the key to the beta will be given. Now all w have to do is assign it to our Steam account (the game is only available on PC) and start playing after it downloads.

There are many game modes available, so everyone should find something for themselves. As is the case with online games, we couldn't miss the classic deathmatch, in which during the fight we control the head (with customizable appearance) linked to various characters (rabbits, teddy bears) and items (swords, grenades, huge scales). The goal is simple - to kill as many enemies as possible and be the highest ranked player. There's even something for football fans - in Kick Brawl mode we direct characters (robots, shamans) or machines (cars). Our goal is to outsmart the opponent and score more goals in a predefined time. The virtual pitch may have six, eight or ten players who will be divided into two teams of three, four or five. The Arcade mode also attracts attention, aimed at non-standard games such as deathmatch in the maze, a death race or a football game on custom rules.

The game has a pleasant visuals, which certainly won't be rough on your PC. The developers are gradually updating the game with new content - the biggest additions are expected for the Arcade mode, which will include new maps and gameplay options. In the coming weeks two new modes and several features will come to the game, about which we know nothing at the moment.

On the official website of the game the developers announce that the test servers for MisBits will be turned on 24/7, so you can jump into the fun whenever you want.

Webedia Group is a partner of the MisBits project, published by 3BD Games.