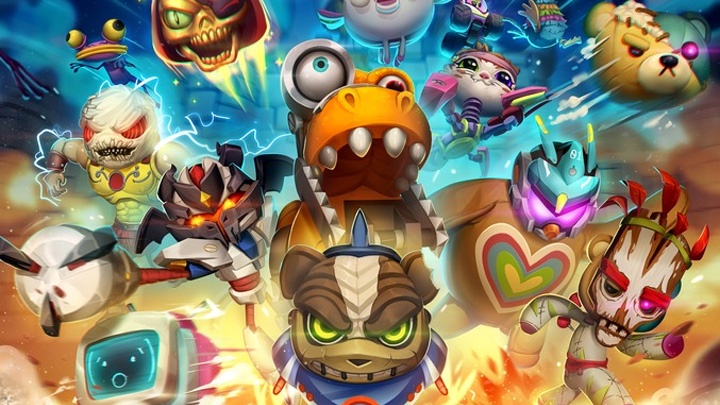 Three weeks ago, the online action game MisBits debuted in early access. Soon we will have a chance to test the project during a free weekend, which will start today at 17:00 UTC, and the fun will end on Monday, March 30 at 17:00 UTC. Those who play at least 20 Quickplay matches during this period will receive an Epic Brodonis skin as gift.

The game is only available on PC, as part of Steam Early Access. The project was warmly received and 89% of the user ratings are positive. The version sold in early access offers all basic gameplay mechanics, a set of four multiplayer modes based on traditional competition (Deathmatch, Team Deathmatch, KickBrawl and Arcade) and additionally a sandbox variant, called ToyBox. The game will offer sixteen maps (4 standard and 12 arcade levels).

The game is to stay in Steam Early Access for at least 3-4 months, during which it will receive additional modes and maps. We can also expect new weapons, items and body parts, from which we can assemble the characters.

MisBits enables us to fight network battles between toys. Initially, the creators planned only to provide traditional multiplayer battles, but over time they decided to add a sandbox mode, called ToyBox, which enables us to create our own maps and gameplay modes.

Currently, the devs are only focusing on the development of the PC version in Steam Early Access, but they hope that in the future MisBits will also be available on other platforms and services.

Before we start playing on the free weekend, it is worthwhile to check out the game's hardware requirements:

Webedia Group is a partner of the MisBits project published by 3BD Games.