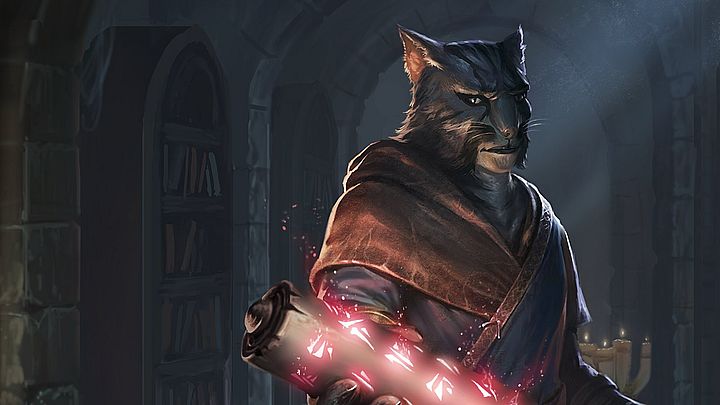 These are bad times for card games. And they have also affected TES: Legends.

Not very good information for fans of Bethesda's card game. The company has shared information about new content (or rather lack thereof) for The Elder Scrolls: Legends. According to Bethesda's announcement on Reddit, the studio decided to suspend all new updates and expansions, contrary to earlier announcements. We can read that:

"Our previous roadmap indicated we would be releasing one more set this year. We decided to put any new content development or releases on hold for the foreseeable future. [...] You can still download and play Legends on all existing platforms and compete online as well as in the single-player modes. We will also continue to support the game with monthly reward cards and regular in-game events. New expansions and other future content, however, are no longer under active development. We will continue to provide ongoing maintenance support."

As you can see, things do not look good. If you had far-reaching plans for the game, it is time to switch to some of the titles offered by the competition, which are not threatened by lack of new content. Recall that TES: Legends was announced back in 2015. Almost two years later (after a long period of testing) the title was released on PC and later on mobile devices. Last year, however, a console edition was announced, but so far it has not seen the light of day. It seems that the Xbox One, PlayStation 4 and Nintendo Switch ports originally planned for the end of 2018 will not be released at all.

The creators of course thank the fans in the message and have for them a range of new cards as a gift for many years of support. To receive them, all you need to do is log in to your account. Let us remind that this is not the only unpleasant information from the last few days concerning card games. Some time ago, CD Projekt RED announced that it will stop supporting Gwent on PlayStation 4 and Xbox One from December 9, this year. The decision was explained by the fact that it was impossible to simultaneously support the title on numerous platforms (due to the debut of the game on mobile devices).

The Elder Scrolls: Legends is available on PC, iOS and Android devices.