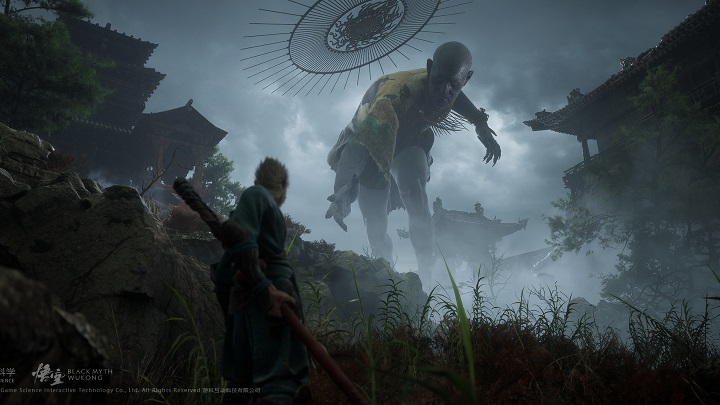 Black Myth: Wu Kong may turn out to be a big surprise.

Yesterday, 13-minute gameplay from the action game Black Myth: Wu Kong, which is being developed by the Chinese studio Game Science, surfaced online. The title appeared out of nowhere and was not accompanied by any official announcements or teaser. On the material we've been given the opportunity to see quite a few gameplay sequences - cutscenes, boss fights and traveling around the world. It's worth noting, however, that the whole thing has been prepared on the pre-alpha version, so probably there's still quite a lot of time left to the release of the game.

The most attention is drawn to the game's setting. We will have a chance to visit a world strongly inspired by one of the classic Chinese novels - Journey to the West. The main character resembles the Monkey King, known from mythology and many literary works. The title is supposed to hit PC and the most popular consoles (probably PS5 and Xbox Series X). However, it is not yet known whether Black Myth: Wu Kong will be released outside China at all, but it is undoubtedly worth some attention.