The cast of Borderlands is constantly expanding, acquiring some really big names in the process. For a long time we have known that Cate Blanchett (Blue Jasmine, Thor: Ragnarok) will play the role of Lilith and recently also the participation of Kevin Hart (Jumanji: Welcome to the Jungle, Central Intelligence) as Roland and Jamie Lee Curtis (Halloween, Knives Out) as Tannis have been confirmed.

The Hollywood Reporter informed about another actor who will take part in the movie written by Eli Roth. It will be the popular comedian and youtuber Jack Black. The star became famous mainly for his hilarious roles in The School of Rock and Tenacious D in The Pick of Destiny, and recently even starred with the aforementioned Kevin Hart in the Jumanji movie. 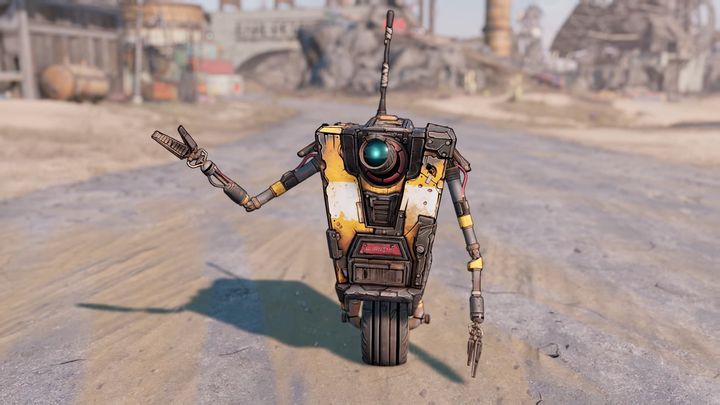 We may not get to see Black's face, but this casting is still a bull's eye.

Whom we he play? Surprize, surprize - it's Claptrap, the iconic robot companion from the games, who often expresses its emotions in quite unique way. It means, more or less, that Black will provide the character's voice, so we won't see his face on the screen. Nevertheless, such a casting choice seems really good, taking into consideration the artist's temperament.

The premiere of Borderlands movie remains unknown, but the shooting is expected to start soon, as suggested by the actions of the developers in recent weeks.