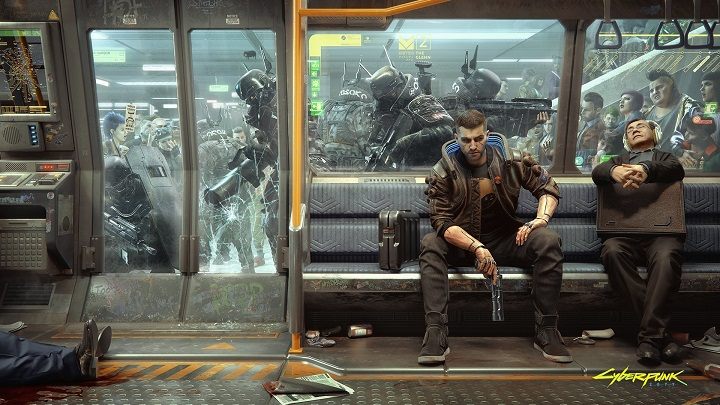 I don't think we'll be seeing this...
IN A NUTSHELL:

It seems that Cyberpunk 2077 is still evolving, although not exactly in the direction the players would like it to. Recently we reported that the mechanics enabling wall running have been cut from the game, apart from that there have also been reports of the hero's vehicle not being customizable, and now we find out that using the subway in Night City will be very limited and we will not see scenes like in promotional materials. According to GameStar, this information was confirmed by one of the game's devs - Miles Tost - during the game's presentation.

It's all about the strictly "physical" option to use the subway, because we will still be able to travel in trains to get around the city quickly. However, we won't be able to see the journey itself, which could have been a really interesting detail. Interestingly, the subway travels are supposed to be a quick solution, but just like in reality, it will not be a free option.

It is difficult to judge how the issues will look like in the perspective of the announced multiplayer mode. However, Internet message boards are full of hopeful players who believe that some of the cut mechanics could return with the launch with the game's multiplayer, slated to be released later.