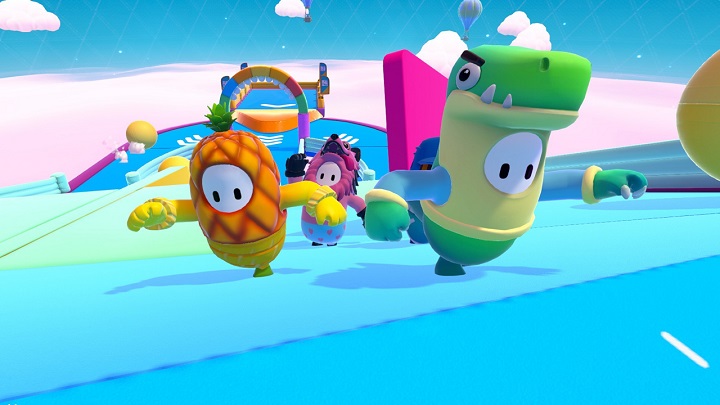 Winning in Fall Guys is one thing, but doing it without using your hands? Hats off.

If you've ever been interested in the challenges that the players set for themselves, you probably know that many of them come down to using an unusual controller. Dance mats, drums, rods, guitars are just a few examples of unusual devices that fans have used to complete, for example the Dark Souls series. However, the feat of Steven Spohn, who managed to win a Fall Guys match using... a hat, stands out even against such background. The device uses infrared rays to detect head movements and thus move the character, make them jump, etc. Proof of Spohn's victory is the video on Twitter, which you can watch below.

Such an unusual controler is not due to the whim of the streamer. Steven Spohn is the operations director of AbleGames, a charity founded in 2004 to make video games accessible to people with disabilities. He suffers from spinal muscular atrophy, which - apart from any other inconveniences - in practice excludes his use of a gamepad, keyboard, etc. However, this apparently does not prevent Spohn from conquering subsequent rounds in Fall Guys and eventually winning the whole session, even though many players using normal devices still failed to do so. By the way, Spohn is also the co-creator of Xbox adaptive controller, which Microsoft presented in 2018.