Doom Eternal achieved brilliant sales figures in less than a year, and with the two story expansions, Bethesda and id Software's bank balance must be looking quite nice. The latest installment of Doom was compared to such financial hits as God of War and Ghost of Tsushima, which earned money on their own, without the introduction of microtransactions or gambling mechanics such as loot boxes. What's interesting, the devs insisted that the continuation of Doom Slayer;s story will not feature similar "attractions", usually associated with free titles. Despite this, two sets of cosmetic items were released for the game as paid DLC.

And so, since yesterday we can buy two sets of skins for weapons, characters and other gadgets for Doom Eternal. The first one is DOOMicron Master Collection Cosmetic Pack, which will diversify our gameplay with a collection of items inspired by luck, rainbows and unicorns. Doom Slayer dressed in a white and pink outfit could be seen in the game earlier if we had a Twitch Prime account. The second option is Series One Cosmetic Pack, which is a collection of stuff we could get for participating in events during the Series One. At that time they were one hundred percent free and to get them, we just had to collect an appropriate pool of experience points. 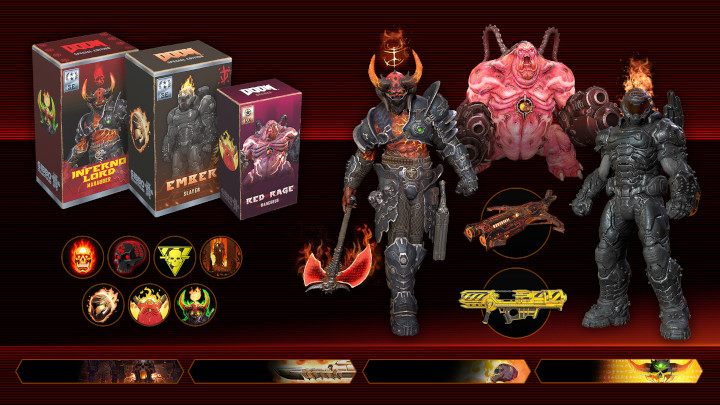 The packs include skins for characters and weapons, podiums, animations and nickname backgrounds.

Some may call the developers' move hypocrisy preceded by greed, while the other group of Doom Eternal fans will be simply happy because they wanted to see something like this. The aforementioned packs were only available for a limited time, and many players even asked for them to be reintroduced because they hadn't managed to get them before. However, shouldn't the buyers feel cheated or lied to by the developers? After all, all cosmetic content for the game was supposed to be free.

After all, the game still doesn not feature an internal store with items to buy for real cash. We also won't find any microtransactions for health or ammo refill for a quick transfer of a token buck or loot boxes that squeeze the last penny out of players.

Rumor: Project Dragon From IO Interactive and Microsoft May be and RPG