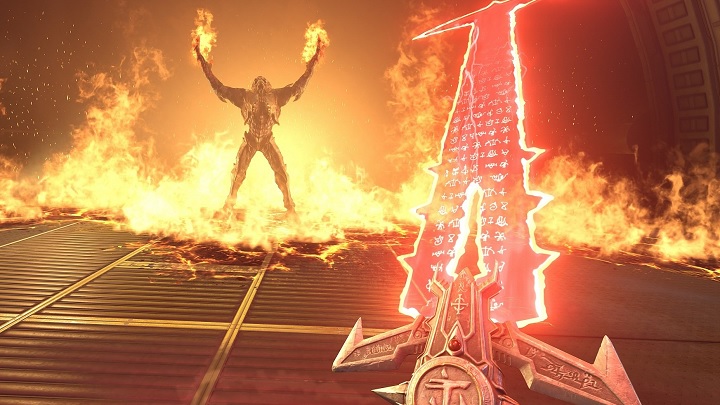 Guns always rule? Who said that?

At today's E3 2019 Expo conference, Bethesda devoted a lot of space for the Doom Eternal. After the presentation of atmospheric trailer, the representatives of id Software studio showed players new fragments of the game, shared the release date and revealed the content of collector's edition. Let's start with Doom Eternal's release date - November 22nd this year on PCs, PlayStation 4, Xbox One and Nintendo Switch.

What's to say here - on the basis of the video we can confidently say that the game (as the latest work of the id Software team) will be even more dynamic than the previous installment of the series, and the animations of finishing moves - even more brutal.

During the conference we could also take a sneak peak at the multiplayer Battlemode for three people. As you play, one player takes the role of Doom Slayer, armed to the teeth, and others take up roles of demons trying to eliminate him. As in a typical team deathmatch, such "meeting" will be divided into three rounds. The key to success will be skillful use of available arsenal (in the case of Doom Slayer) or abilities characteristic for a given demon class (in the case of... well, demons).

At the end we got to know the content of the collector's edition. In addition to the game itself, it features a steel box, a cassette with soundtracks from Doom and Doom Eternal games (which will also be available for download in a digital version), an artbook entitled Doom Lore Book, a lithography and a full-size (and wearable!) helmet of the main character. The list of attractions is crowned with digital additions in the form of classic weapon sounds pack, Demonic Slayer skins and a pack providing access to two upcoming expansions which will expand the story (Year One Pass). 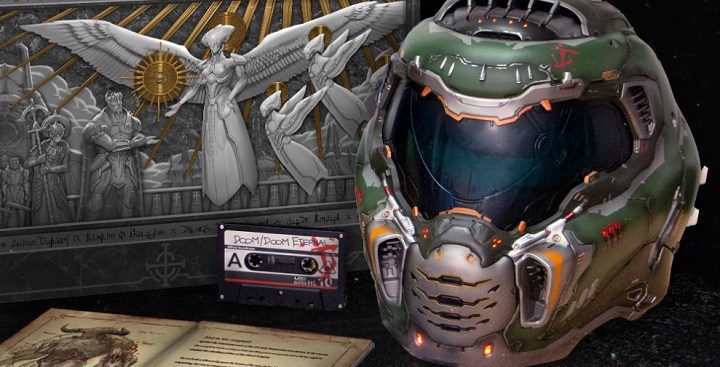 The full-size Doom Slayer helmet from the collector's edition is impressive.

Apart from that, there will be a new Deluxe edition available. In addition to the game itself it will include the above-mentioned seasonal pass and digital add-ons - a package of classic weapon sounds and Demonic Slayer skin.

If you make a pre-order of any version of Doom Eternal, you will also receive a Rip and Tear package that includes cosmetic bonuses and a variation on one of the levels of the story campaign.