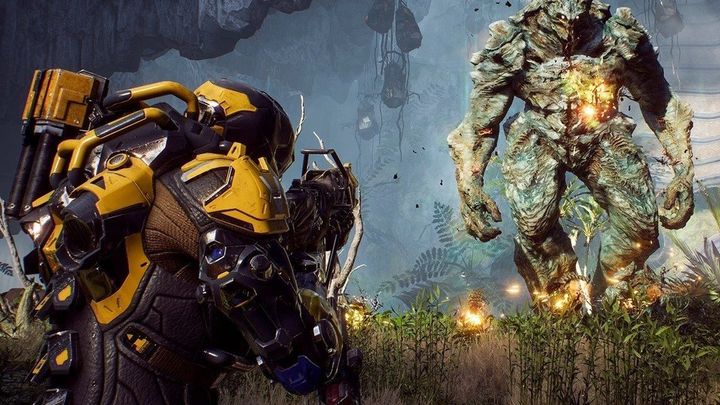 Anthem will not be abandoned.

In an interview given to GameDaily.biz during E3 2019, the CEO of Electronic Arts admitted that Anthem, the online shooter from BioWare, did not get the start that developers and publishers had hoped for. In his view, this is mainly due to the unusual structure of the title. The game tries to attract two very different types of players - on the one hand, fans of dynamic shooters and on the other hand, RPG titles, offering a comprehensive storyline and the ability to make choices.

We brought together these two groups of players who were making this emotional value calculation on two different vectors, Wilson explained. One was traditional BioWare story driven content, and the other was this action-adventure type content. About the 30 or 40 hour mark they really had to come together and start working in on the elder game. At that point everyone kind of went, Oh, hang a minute. Now the calculation is off. It's off because I've got a friend who sits in this other category of player."

EA CEO believes, however, that with time BioWare's production will change and improve, just as it did with Star Wars: Battlefront II. The key factor should be the involvement of developers, which, as he assures, will not be lacking.

If we believed that at the very core the world wasn't compelling people, if we believed at the very core that the characters werent compelling for people, or the Javelin suits weren't compelling, or traversing the world and participating in the world wasn't compelling then provided we hadn't made promises to our players... we might not invest further," Wilson said. IP lives for generations, and runs in these seven to ten year cycles. So, if I think about Anthem on a seven to ten year cycle, it may not have had the start that many of us wanted, including our players. I feel like that team is really going to get there with something special and something great, because they've demonstrated that they can.

Andrew Wilson also made a point about the future of BioWare, which, after a few mistakes such as Mass Effect: Andromeda or Anthem - according to some experts - is not in the best position at the moment. The head of Electronic Arts has compared the legendary studio to... Steven Spielberg. In his opinion, although Ready Player One (the latest film of the director) wasn't the hit that was expected from him, only a madman could think that his next work wouldn't be worth attention. The situation is similar with the developers responsible for the Mass Effect and Dragon Age series, on which Andrew Wilson would bet "every day, and twice on Sunday".