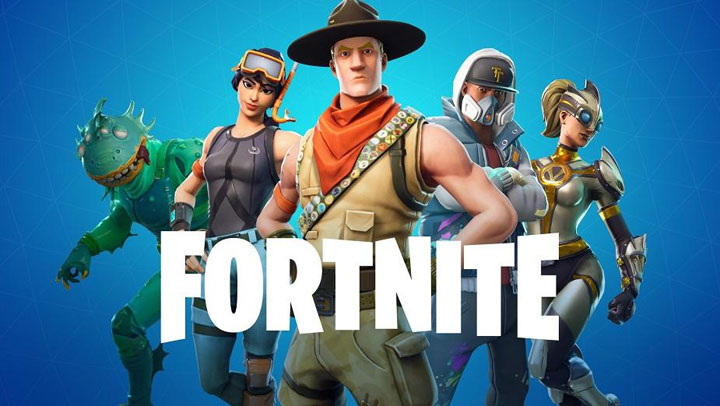 Two years ago Epic Games sued a 14-year-old boy, Caleb "Sky Orbit" Rogers, for cheating in live stream competitions. The developer explained that it was due to a "copyright infringement". Caleb played with an aimbot and taught and persuaded the audience to do the same. The case went to court after YouTube, at the request of Fortnite's creators, removed the Sky Orbit's channel and the boy appealed. The case is going on, but all this noise and legal problems did not discourage "Sky Orbit", who is still trying to stream matches set up by itself.

According to Polygon, Epic Games recently sent a letter to the court calling on Caleb's mother to act as his legitimate defense attorney. Previously, the case could not be moved forward for two years because the law prohibits the court from taking action in cases where the accused minor does not have an adult, legally valid defender. According to Epic Games, the mother of the boy intentionally did not undertake any activities aimed at getting one. The company's explanation posted on TorrentFreak we can read:

"Defendant has ignored the appropriate orders of this Court. It is now appropriate for his mother or another adult to be appointed to officially represent him so that his interests can be protected and this matter can move forward."

In the annexes, the company stresses that Caleb has not yielded to the company's accusations and has continued to publish his games over the past few months, in which he openly using cheats. As part of the evidence in the case, a video by user ShelbyRenae was presented:

The author of this video quotes and comments on one of the matches in which someone openly uses an aimbot in multiplayer games and stream it publicly. While she does not mention this person by name or pseudonym because "she does not want to have any problems with Epic by directing any attention to this person." It did not prevent her from giving a link to Sky Orbit's channel in the description of the video. In addition, he was recognized as the voice that can be heard on the recording, and the commentators under the video also left no illusions about who the fraudster is. 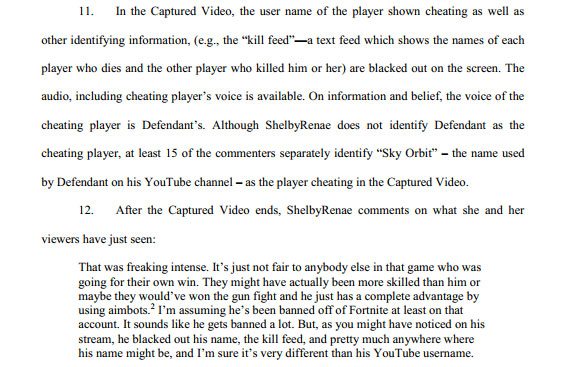 Part of explanations of Epic Games provided this year

As TorrentFreak continues, the same voice of Caleb can be heard in other popular Fortnite videos on YouTube. Epic claims that the boy appears in a video of user CBV, another teenager sued by Epic for "copyright infringement". Caleb was supposed to say in that movie, "Once again, you can kiss my ass!"

Epic's full application to grant Caleb's mother the rights of a defense attorney can be found here. It is clear from this statement that the creators of Fortnite do not intend to give up on fighting the confident teenager. At this stage, the Court must decide whether or not to allow Caleb's mother to act as a valid legal defendant.

By the way, I wonder what Caleb's doing while Fortnite's been swallowed up by a black hole.

The Witcher 3 Launches on Switch to Good Reviews