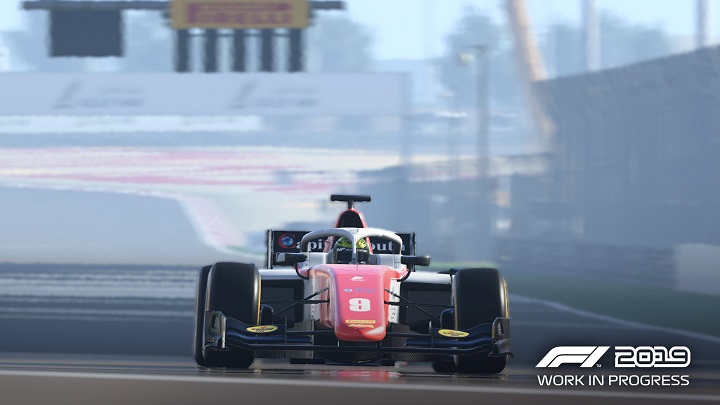 F1 2019 will hit the store shelves on June 28, on PC, PlayStation 4 and Xbox One, and in addition to Formula 1 racing, it will also offer the opportunity to play in Formula 2.

Less than a week before the debut of the F1 2019 racing game, DSOGaming decided to check the optimization of the title by focusing on 4K gameplay. Below you will find UltraHD screenshots made by the editors of the website, where the upcoming production from Codemasters Software, veterans of the genre, looks really stunning. DSOGaming journalists themselves admit that this is by far the most beautiful Formula 1 title available on the market (although it should be noted that there are not many of them), and particular improvements can be seen in terms of lighting, reflections and blurring.

When it comes to optimization, the owners of cutting edge hardware have nothing to worry about. DSOGaming tested the game on hardware equipped with an overclocked 4930K Intel i7 processor, 16GB of RAM, a 64-bit Windows OS, and most importantly, NVIDIA GeForce RTX 2080 Ti GPU - the most powerful representative of the new 2000 series. With such a powerful specification, the F1 2019 had no problem with fluidity: even in 4K, on the most graphics-intensive track, with all the effects on the maximum level and in the heavy, resource-consuming rainfall, the game rarely dropped below 100 FPS. This in turn bodes well for those with slightly weaker PCs, because in many less optimized titles even GeForce RTX 2080 Ti didn't give 100% guarantee of 60 fps in UltraHD at the highest visual settings. Of course, this is only the announcement of more detailed tests - these are to be released in the near future - but it gives hope that F1 2019 will not require a computer for which we could buy a car.

Below you will also find five selected screenshots in 4K, made by DSOGaming journalists. You'll find the rest at this address.