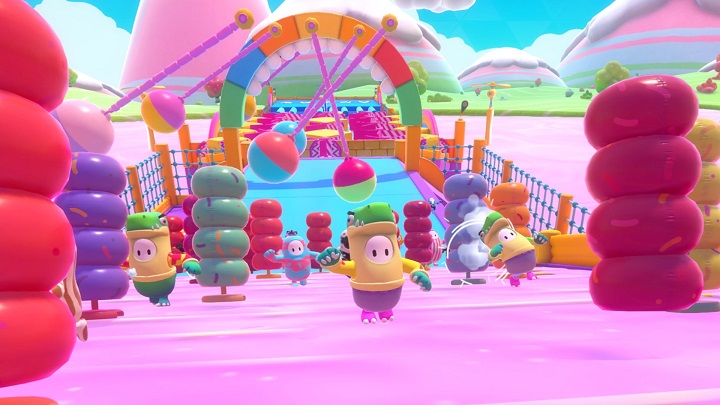 The release of Fall Guys was a success despite the problems.

Yesterday, a new, increasingly popular online game Fall Guys: Ultimate Knockout was released. This is an unusual title from the battle royale genre, in which as clumsy characters we fight on various maps (usually in the form of obstacle courses) against others to get to the next stage. The game enjoyed a lot of interest already during the closed beta, but yesterday's release surprised even the devs themselves.

There were so many people willing to play, that the servers gave up. This meant that some players couldn't play at all, which was met with a wave of negative ratings for the game on Steam. The creators reported via Twitter that they were doing everything they could to make everything work smoothly and asked the users not to give a rating before they've actually played the game. Fortunately, everything has quickly returned to normal, including player ratings - currently 81% out of more than 11,000 player reviews on Steam are positive.

Let's recall that Fall Guys is a premium game. We will buy it for PLN 71.99 on Steam, where the title has become a bestseller from day one. As informed by PCGamesN, yesterday, on both platforms (i.e. PC and PS4) 120 thousand users were playing the game at the same time, and in total over 1.5 million of them appeared across the day.

The players agree that the game has great potential and its strength lies in its simplicity. However, it will be important to regularly update its content so that the title does not get boring too quickly. Subscribers of PS Plus received Fall Guys in the August offer.

PlayStation is a Platform for AAA Titles; Indies Don't Sell