While The Elder Scrolls V: Skyrim is undeniably a very big game, there are some who find it lacking a bit of content that would make the frigid northern province of the Tamriel continent even more alive and its exploration more exciting. Not surprisingly, mods such as Immersive World Encounters by SetteLisette are very popular in the community. Its first version appeared online in 2018. Almost three years have passed since then. During this time, the author of the project was not idle and kept developing it. Yesterday, the latest result of his work, Immersive World Encounters 3.0, debuted on Nexus Mods. According to the assurances, this is to be the final edition of this mod. Below you will find links to download it.

Attention! In case of version for the standard edition of Skyrim, Dawnguard, Hearthfire and Dragonborn DLCs are required.

In order to install Immersive World Encounters it is recommended that you use the Vortex application. If you don't want to do that, then you have to copy the downloaded files into the Data folder located in the place where you have installed TESV: Skyrim. 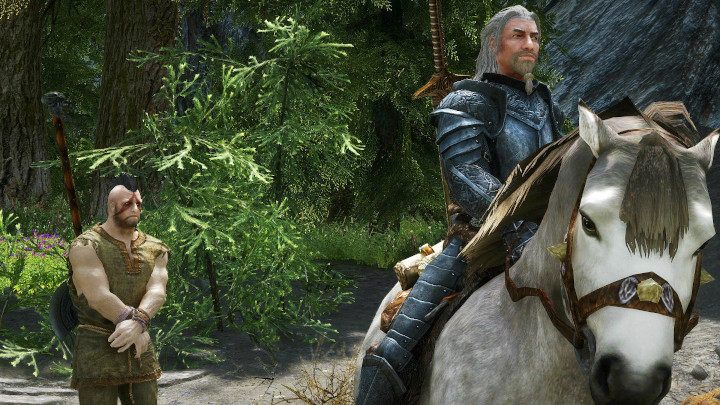 In Immersive World Encounters you can participate in many interesting events.

All right, but what does Immersive World Encounters bring to the table? First of all, about 100 new events and tasks, which can be found both in open spaces and cities. What's important, during them we will encounter fully voiced characters. As the creator boasts, the project features about 3500 completely new dialogue line (more than 2000 were created for the 3.0 version alone, which was prepared for nearly two years).

But that's not all. The mod also introduces some changes to already existing tasks and events. An example would be a farmer and his wife who are fleeing from a dragon. In a non-modded playthrough you can just talk to them. After installing the mod there is an option to give them some gold, for which we will be rewarded accordingly.

Moreover Immersive World Encounters offers new bards, companions, etc. If you are interested in details, you can take a look here.

Finally, if you like Immersive World Encounters, you can support the creator of the project via Patronite. Here is the link to his profile.

Windows 11 is Nigh? Microsoft Unveils a Somewhat Irritating Teaser