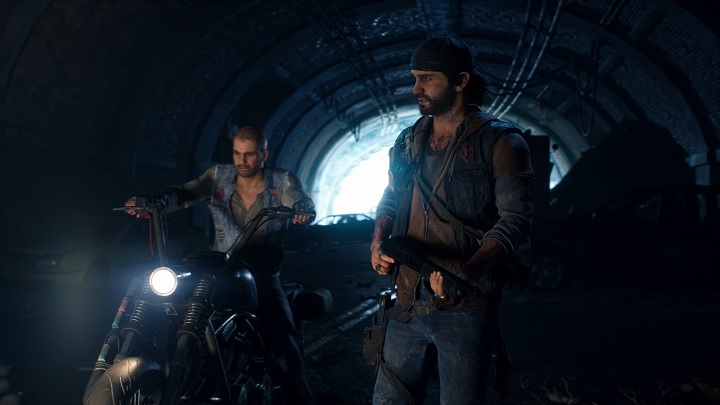 We will get to know Days Gone at the end of April.

We're still two months away from the release of Days Gone, another exclusive title for PlayStation 4. And although we can't count on any reviews in the near future, we can already hear the journalists' opinion about the production. Sony presented a demo version of the game to selected industry media in closed screenings. Journalists had the opportunity to spend about five hours with the title, checking out many of the attractions offered by the game. They shared their impressions in numerous materials, both movies and articles.

So far, the opinions about Days Gone have been unanimous - it's a solid production, but rather not a hit to match previous exclusive titles on Sony platforms. The gameplay draws on the achievements of other sandboxes, both the good and the bad, but it undoubtedly provides a lot of fun. The plot (at least as much as it was shown within five hours) and the creation of the main character, as well as the general presentation of the game, received praise. Slightly worse was the assessment of the motorcycle, the main means of transport in Days Gone. Riding on a motorcycle is a pure pleasure, but the need to look for fuel (which sometimes requires a significant deviation from the route) may turn out to be annoying in the long run.

This is the major concern about Days Gone. The game goes well, but will it keep the players entertained for 30 hours, which, according to the developers, is the time needed complete the game? Side activities - an obligatory element of sandboxes - are not too extensive, and schematic tasks such as cleaning infected nests to unlock a fast-travel point can be tedious if we have to do them for the umpteenth time. It may turn out that the success of the game will be determined by the story layer. In the opinion of journalists, this one promises to be good, but it is difficult to make firm judgements after experiencing less than half of the story. For now, it is better to abstain with the verdict and wait for the release of the full version of the game. Days Gone will debut on April 26 on PlayStation 4.