The organizers of the GDC 2019 conference, which begins on March 18, presented an annual report on the state of the gaming industry. The over twenty-page document was created on the basis of a survey sent to more than four thousand developers from around the world. An interesting picture emerges from the collected data, showing trends, which in the nearest future will affect where and how we will play upcoming titles. We also learn a bit more about average developers and their biggest problems. 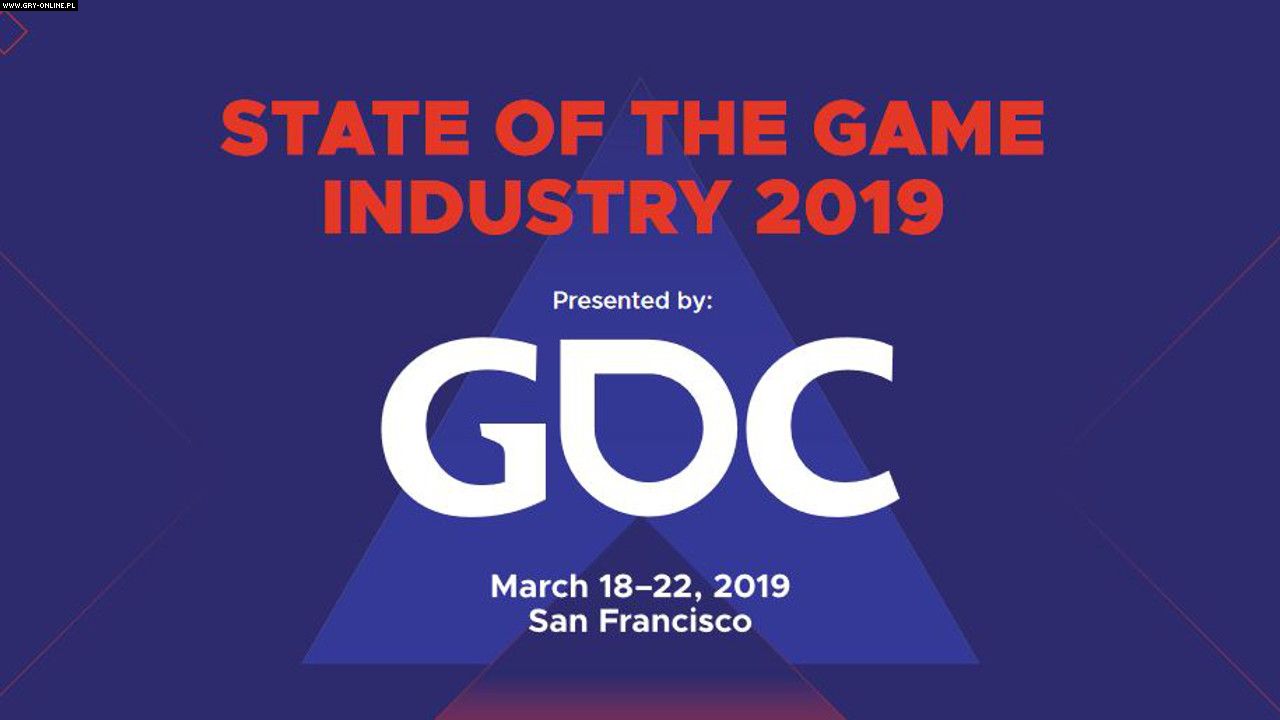 Among the surveyed developers, PC remains the dominant hardware platform. According to the survey, 56 percent of the developers confirmed that the last game they published was released on personal computers. 66 percent are convinced that the project they are currently working on will be released on PC, and 62 percent expect that they will choose this platform in the future. Generally, up to 60 percent of the developers believe that PC is the most attractive platform for game development.

Interestingly, the Nintendo Switch console ranked second in the ranking of attractiveness of hardware platforms, convincing as much as 45 percent of all developers surveyed. PlayStation 4 followed closely with 34 percent of the votes. The high position of the Nintendo hybrid platform in the ranking should not come as a surprise. For a long time it has been very popular, especially among independent developers, who praise the advantages of the device; it can also boast high sale numbers when compared to other consoles and PCs. As many as 24 percent of respondents who have at least one game released on Switch, claim that their work has sold best there. 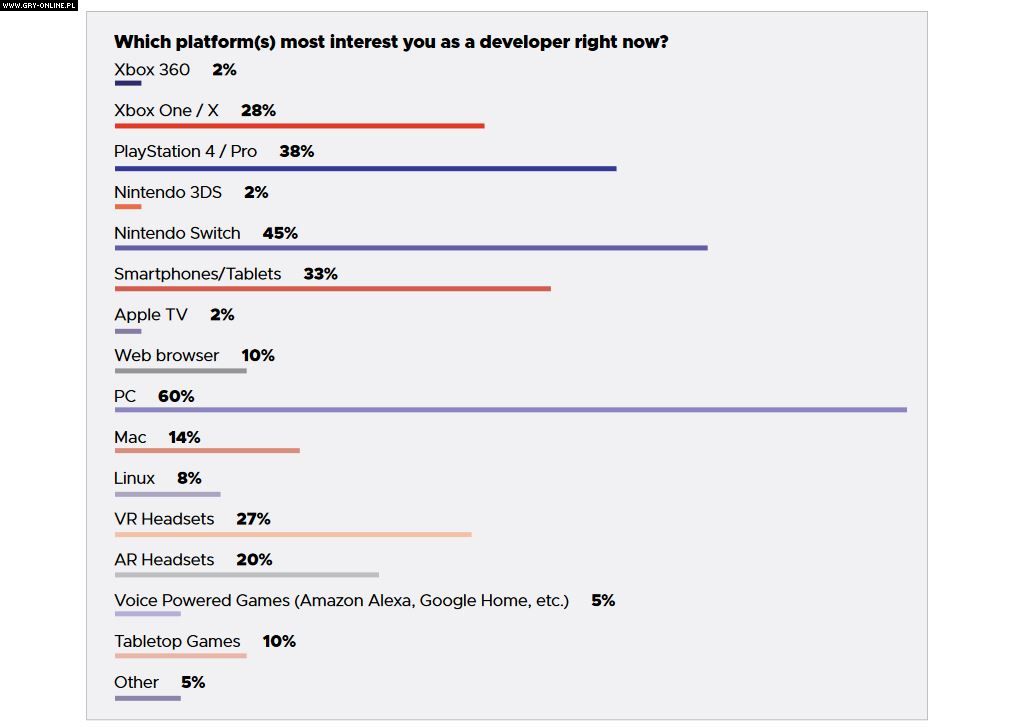 Another interesting thing are the developers' plans concerning the sales model of their future games. Half of the respondents intend to offer their game for a predetermined price, while 41 percent will bet on the free-to-play model, supported depending on preferences by paid items (24 percent of votes), paid extras/updates (24 percent of votes), as well as premium currency (20 percent of votes). Additionally, but to a lesser extent, the developers will also rely on advertisements or subscriptions. Only 9 percent plan to offer lootboxes. Research also confirms that the crowdfunding model of game development is becoming less and less popular. As many as 47 percent of respondents are not interested in fundraising on websites such as Kickstarter or Indiegogo. 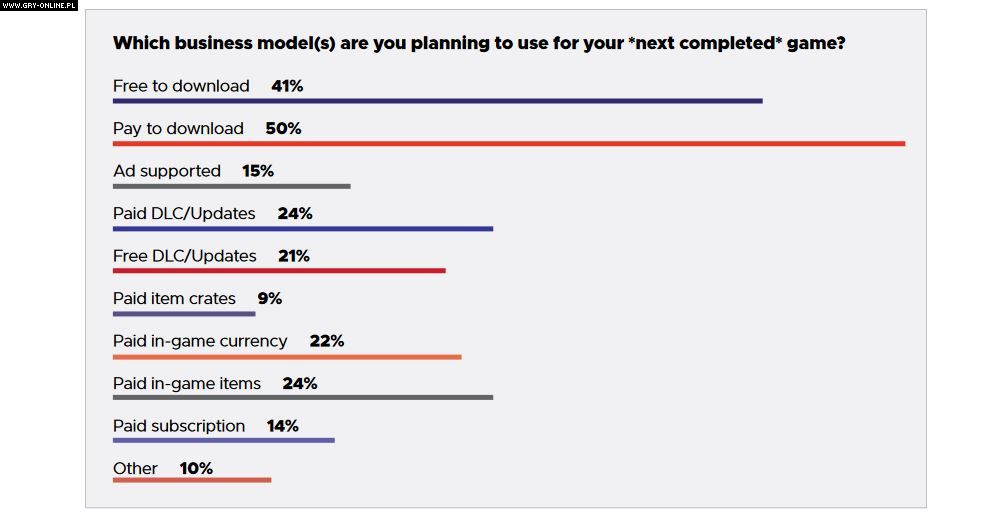 In the context of the ongoing war between digital distribution services on the PC, it is worth quoting the data about the developers' preferences for their chosen online store. According to the surver, as many as 47 percent of respondents publish their games on Steam. Let's add that one-third of developers cooperating with Valve is also convinced that the 30% margin imposed by the company on the sale of games is no longer acceptable. The second place in the ranking was direct sales via the developer’s own website (26 percent of votes) or on the developer’s platform (18 percent of votes). 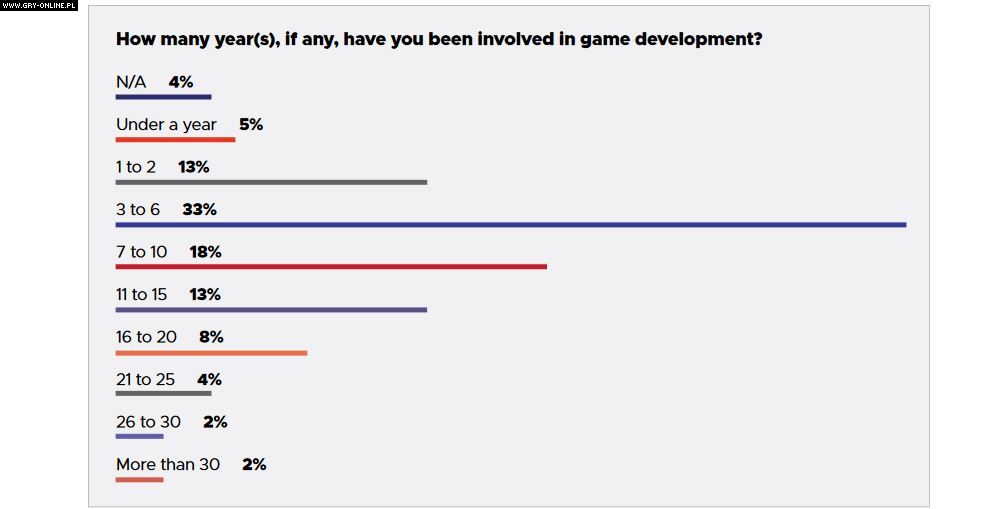